Din’s Curse introduces some interesting mechanics to the action role playing genre to provide a unique offering. The game Launched in 2010 for Windows and Mac. 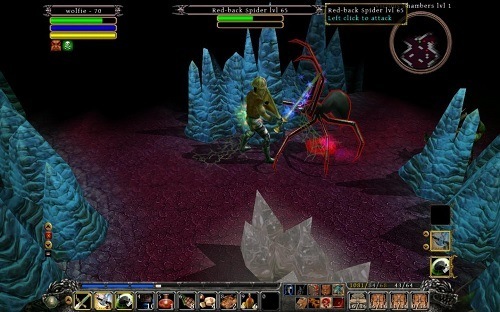 Players explore the game world with their own customisable character that can belong to a number of classes, as the name of the game suggests your character will carry a dark curse that was placed on you by Din. This curse requires the player to walk the world in servitude to others to receive redemption. For players this means travelling the world of Aleria helping several towns that are close to being overrun by demon hordes.

Character customisation is where you’ll first notice some of the more interesting mechanics that Din’s Curse brings to the table. During character creation you’ll get to pick from six standard classes (warrior, rogue, ranger, conjurer, priest and wizard) that each come with three different skill trees for you to invest in during your journey.

There is a seventh class available though which allows you to combine two skill trees from any class together, creating a hybrid class. Want to combine an assassin and fire mage? Or maybe make a necromancer mixed with a gladiator. The choice is yours in Din’s Curse as you mix and match skill trees together for a total of 141 class options. During character creation players can also choose the always popular hardcore option, set their character as unlucky (less item drops), fragile (half health) and many other modifiers that can dramatically boost the difficulty of your adventure.

The game is based around randomly generated game worlds that allow players to alter the difficulty in a number of ways. Each world features a town that is currently under siege by monsters and in order to save it players will have to complete a series of main quests while fending off the odd raiding party. If too many quests are failed and too many townsfolk are killed the player will fail that world. 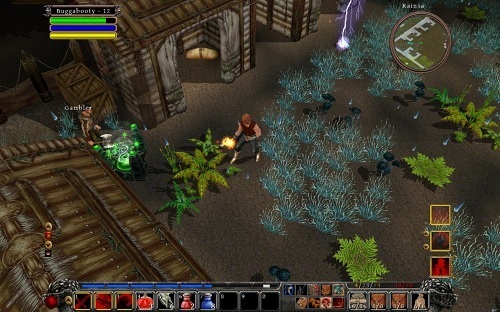 On the other hand if the player manages to balance all the demands of the town and save them you’ll gain some favour with Din and be able to generate a new world, putting you one step closer to redemption and finishing the game.

Din’s Curse is an action RPG with plenty of control over the difficulty to ensure you have an experience that caters to you. If you struggle to find a game with enough challenge then Din’s Curse is the game you’ve been waiting for.

Games Finder is a Steam Curator and featured in the aggregate review scores data of MobyGames and Neoseeker.
FEATURED ON
Games Like Diablo, Games Like Dungeon Siege, Games Like Path of Exile, Games Like Titan Quest, Games Like Torchlight
2 COMMENTS
LEAVE A REPLY Cancel Reply