For objective based shooters it is hard to ignore what Dirty Bomb brings to this popular shooter formula. With a host of large multi-objective maps to conquer with your own team of unique mercenaries with different abilities. 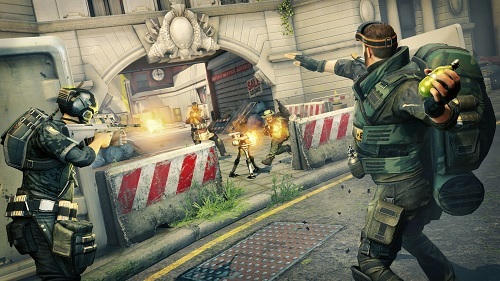 Set after a wave of attacks cripple London the leaders on both side of the conflict look towards hired mercenaries to ensure their interests are well looked after. On one side you’ve got the criminal syndicate looking to get their hands on all sorts of objectives while the government seeks to defend important locations and information.

Despite the relatively large maps and objective approach to gameplay each battle is a quick affair with the game focusing on constant encounters with opponents and plenty of choke points to keep the action centred around a single location or two. This is added by the fairly high movement speeds of characters and the ability to jump off walls.

In terms of mercenaries there are nearly two dozen to choose from that broadly fall into five core categories; medic, assault, recon, fire support and engineer. Players familiar with other popular shooters will catch onto this formula very quickly and understand their strengths and weaknesses right from the get go. Your choice of merc impacts on your weapon options, abilities, health, speed and even defuse times. 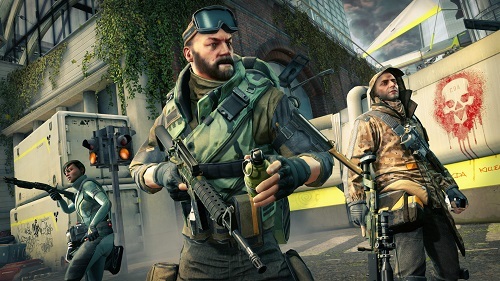 To add in further game depth and encourage you to keep playing Dirty Bomb utilises an interesting card system that bestows various passive benefits to your merc (known as augments) which are generated random based on the card rank. Other game features include 3 game modes and the ability to revive downed team mates.

Dirty Bomb is fast, fun and delivers plenty of content to keep you shooting your way through the objective based levels while feeling rewarded for doing so.