Disco Bees is a fantastic match three puzzle adventure that opts to uses a unique hexagonal style grid (based on honeycomb) and combines it with an impressive disco soundtrack to stand out from the hive of similar titles. On top of this impressive design you’ll find  enjoyable level variety which ensures you’ll be happily buzzing your way through the levels that Disco Bees has to offer. 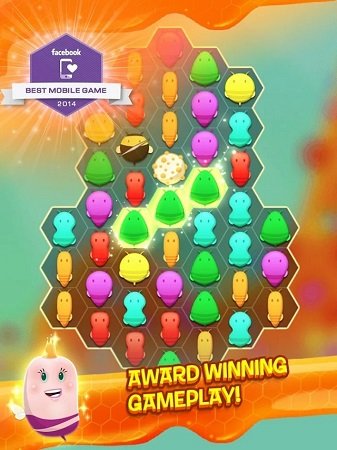 Your objective in Disco Bees is to save dozens of hives which contain multiple levels in themselves. In addition to increasing the overall challenge as you progress each hive comes with its own distinct theme to provide ample variety for the hundreds of game levels.

These levels challenges players to navigate the strangely shaped game boards to match bees of the same colour while achieving certain score thresholds within a limited number of moves. With a points based mechanic for level completion much of your time in Disco Bees is spent maximising this score by carefully planning your matches to connect 4 and even 5 bees together in a single match. Not only do these count directly for more points but they’ll create a swarm of mini bees to remove other hexagonal tiles of bees for additional points and potential combo chains. 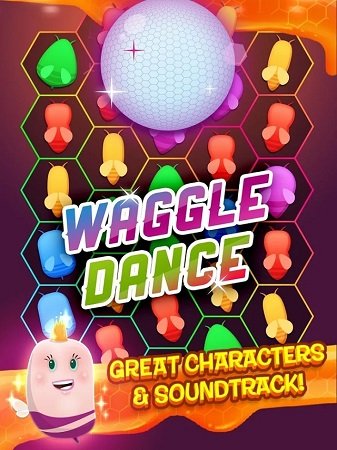 Of course no match three puzzle game is complete without a host of bonuses that have limited uses but can be called upon when you are truly stuck on achieving the minimum score requirement of a level. Known as Super Bees (such as the Ninja Bee) these come in various shapes and sizes with their own high score assisting mechanics.

Due to the hexagonal design of the game board you’ll find Disco Bees has a lot of added gameplay depth compared to other titles that offer match three gameplay and a mechanic not used widely in the genre. The ability to move bee tiles in six directions as opposed to the usual four creates a very fun and unique dynamic that will definitely appeal to those that want to challenge their brain while attempting to find available matches and clear the later levels of the game. 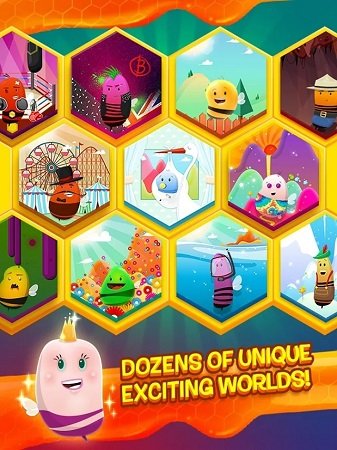 As standard Disco Bees also includes the typical social connection Facebook features giving you an extra incentive to chase high scores to compare with your friends.

With the upbeat soundtrack making each burst of play enjoyable and combined with hexagonal game board that offers new strategies to learn and master Disco Bees is a winner for any puzzle  tile matching fan.