Disgaea: Hour of Darkness is a role playing tactical adventure that takes place within the Netherworld following the narcissistic protagonist Prince Laharl in a humour filled dark story. The game opens with Laharl being woken from his coffin with one of his vassals informing him that he has been slumbering for two years longer than anticipated and that his father the powerful King Krichevskoy has died and a number of other demons have risen to battle for the now vacant role of king. 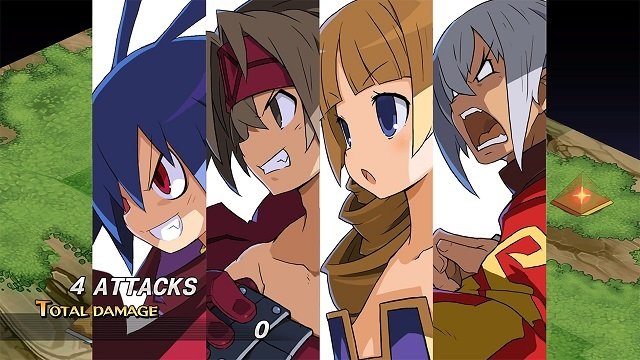 Vowing to reclaim the throne of the Netherworld Laharl embarks on establishing a party of adventurers that will stand by his side on the twisted, dark and humorous adventure ahead. This adventure closes in one of several game endings depending on the decisions made throughout the story with various endings for the specific main characters. A new game plus mode known as New Cycle allows players to alter their decisions at a higher difficultly level.

Apart from one of the joke endings of the game which is available in Chapter 1 players must fight through several chapters with their selected party of human and monsters in traditional turn based tactical combat which is set on a familiar square grid. Taking turns to move units or activate their skills players must defeat the opposing force in a given level to advance. 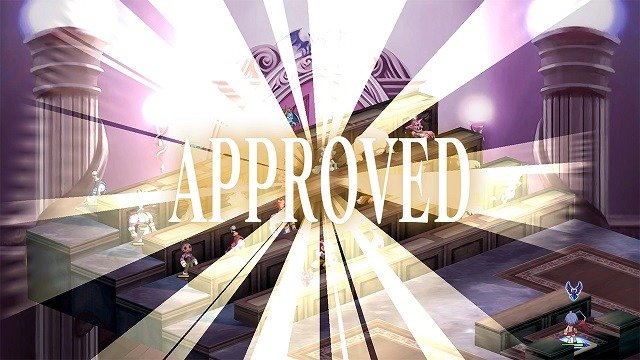 On top of the fundamental standard tactical gameplay Disgaea: Hour of Darkness incorporates some unique mechanics such as the ability to capture enemies to have them fight for you in future battles, a combo mechanic that encourages you to position your units carefully and area of effect unit attacks that can target a map area rather than a particular enemy unit.

There are also Geo Panels in battle which are coloured panels on the floor which They can increase or decrease stats of both you and the enemy, and can only be removed by destroying the respective Geo Symbol that can be found somewhere else in the same map. Shops located in the central hub of Laharl’s castle also allows players to purchase weapons and armour or heal their units. 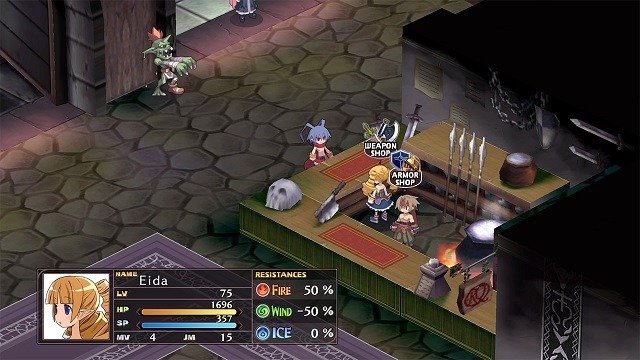 Disgaea: Hour of Darkness is not shy on offering other unique features outside of combat either with the Dark Assembly which is a council of senators determining whether the player can unlock new maps, create new characters, enhance their inventory or upgrade the wider castle. Prior to votes being cast players have the opportunity to determine which senators favour needs to be gained through bribery or combat to ensure the proposal passes. As these are tied directly to your progress and mana gained from defeated enemies players carefully need to plan before making such a proposal.

This review was first published on February 24, 2013. Read our update policy to learn more.

Games Finder is a Steam Curator and featured in the aggregate review scores data of MobyGames and Neoseeker.
FEATURED ON
Games Like Final Fantasy, Games Like Fire Emblem
LEAVE A REPLY Cancel Reply