Distant Star: Revenant Fleet blends the genres of space strategy title and rogue-lite challenge into a single galactic level adventure. Allowing players to design their ideal fleet this combat based journey will take you from one side of the galaxy to the other in order to save your home planet on Windows, Mac and Linux. 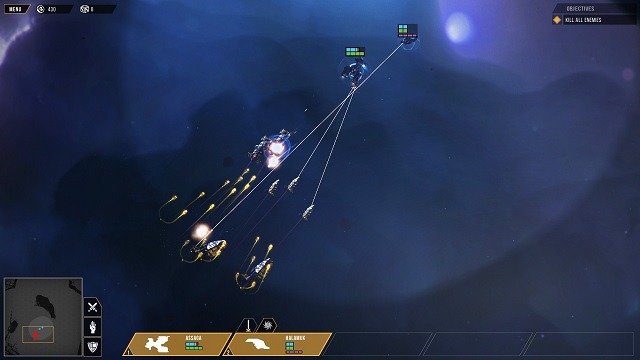 Central to this adventure Distant Star: Revenant Fleet depicts the war between the A’Kari and Orthani races who have been locked in a war spanning the ages due to an ancient artefact that the A’Kari protect. It seems the Orthani have finally gotten the upper hand though as they are preparing their planet destroying super weapon the Erebus Platform to destroy the A’Kari home world and end the conflict. Taking control of the remaining small number of A’kari fleet vehicles players are tasked with acquiring additional ships and resources to take the fight all the way back to the Orthani and turn the tide against all odds.

Starting from this weak position makes your journey a dangerous one that will need careful strategic planning and a small amount of luck as you make your way far across the galaxy. Your Distant Star: Revenant Fleet mission can be completed in many ways and right off the bat players are given a wealth of customisation to their initial fleet of ships. Paired with a reasonable starting pool of credits you’ll build from this basic starting setup into one of the available strategic options to secure victory through a combination of reactive and proactive strategy decisions. 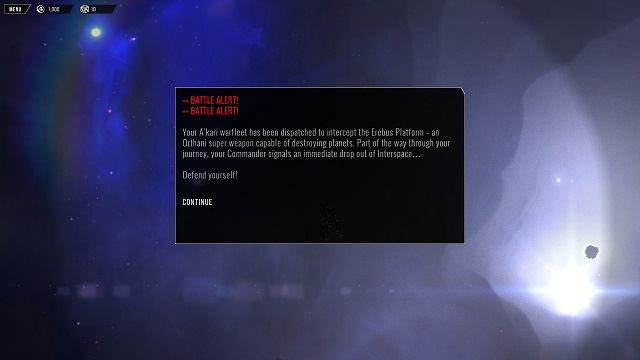 Given the rouge-lite elements at play gamers are not expected to succeed on their first attempt although with each failure comes new knowledge that can assist in your next adventure. Failure is also an opportunity to alter your starting foundation of the 5 ship fleet which draws on the 8 different ship classes to create your own unique combination. These archetypes include the gunship, assault, tech, pulsar, lancer, dreadnought, carrier and rogue with their starting loadouts varying based on their specialty focus area. Broadly they fall into characters you would expect of a video game with supporting ships like the pulsar focused on repairs, durable consistent damager dealers like the gunship and high damage dealing utility fighters like the lancer. Each ship within archetypes does feel unique though given their diverse stats across shield, health, energy, weapons, systems and support which can all be upgraded in time.

With your ideal mixture players will move from galaxy sector to sector in the systems map which has similarities to that of Faster Than Light. A similar flow is also present with players encouraged to explore as much of the system as possible to amass resources while adjusting to the randomised events and visiting shops to upgrade your ship fleet. While players can make decisions or move their ships away from combat you’ll find that space battles are a regular occurrence in Distant Star: Revenant Fleet with players commanding their ships individually to move, attack or activate abilities in real time. 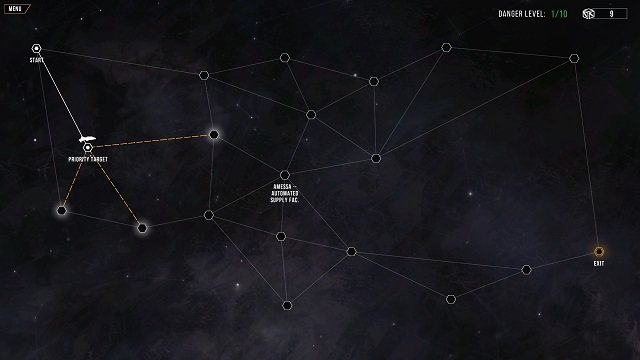 Distant Star: Revenant Fleet does also allow players to slow down the action through pausing in the tactical mode in order to collect your thoughts. This can be particularly useful with combat flow revolving around the managing of enemy aggro as you move ships in and out of the fight to ensure any damage is taken by the shields (which regenerate after a few seconds of no damage) in comparison to hull damage that has a greater cost of repair.

When it all comes together players will find themselves in the midst of a fun space adventure that features an impressive array of fleet strategy decisions which is a mixture that not many other games in the genre offer. Combined with the randomised galaxy underneath this strategic layer it is an adventure you can experience again and again even after you manage to achieve your first hard fought victory.

This review was first published on April 17, 2015. Read our update policy to learn more.

Games Finder is a Steam Curator and featured in the aggregate review scores data of MobyGames and Neoseeker.
FEATURED ON
Games Like Elite Dangerous, Games Like FTL: Faster Than Light, Games Like Homeworld, Games Like Sins of a Solar Empire
LEAVE A REPLY Cancel Reply