Divine Divinity takes place in a fantasy world and offers a traditional single player RPG experience released in 2003 with its success leading to several sequels with similar gameplay. Focused on taking players through an impressive story based experience with pairs with a large game world and hack and slash combat there is a wealth of Divine Divinity content to explore. 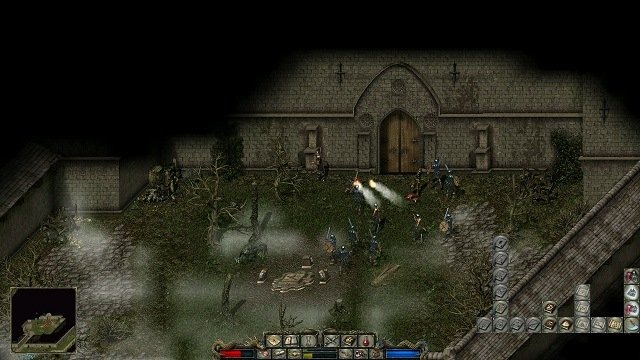 Your setting for this adventure is a dark fantasy world with players caught in the middle of a battle between good and evil. Two thousand years before your journey the Council of Seven who lived in Rivellon sacrificed themselves to rid the world of a dark order of magicians. Founding the Divine Order following this event to pass on this knowledge to future generations should the usage of dark magic return.

Waking in the town of Aleroth who specialise in healing the sick the players venture into the nearby catacombs after the town leader Mardaneus turns mad from cult like magic. With the catacombs purged players then uncover their role in the broader upcoming war against evil as they adventure out into nearby locations. Exploring this diverse world from a top down perspective you’ll direct your hero with the mouse in a similar faction to other action role playing games in the genre. This is also your primary mechanic for interreacting with NPCs, the environment and your inventory. 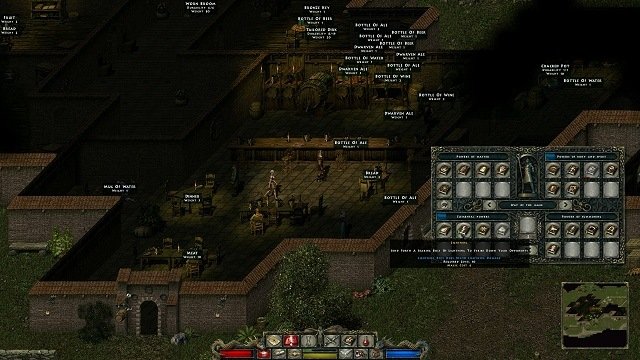 Stepping into this world will have players selecting from the three Divine Divinity base classes of warrior, mage and survivor with male and female options for each which impacts both your visuals, starting statistics and skills. A female warrior for example will start with high vitality and strength and the skills of elven sight and repair while a male warrior will have the same high vitality and strength but start with augment damage and sword expertise skills instead. Beyond this initial choice though Divine Divinity is a classless game with all having access to the same 96 skills as you progress.

This skill choice works alongside the six core statistics to provide a wealth of customisation as you balance vitality for health, mana for spellcasting, strength for damage, agility for accuracy, intelligence for magical damage and constitution for toughness. This allows players to create their own battle mage archetypes, paladins, clerics, magic archers and everything in between to play and progress in a manner that suits you. The final layer of this character building is the randomised loot mechanic that allows for any found or purchased item to potentially be an upgrade for combat. 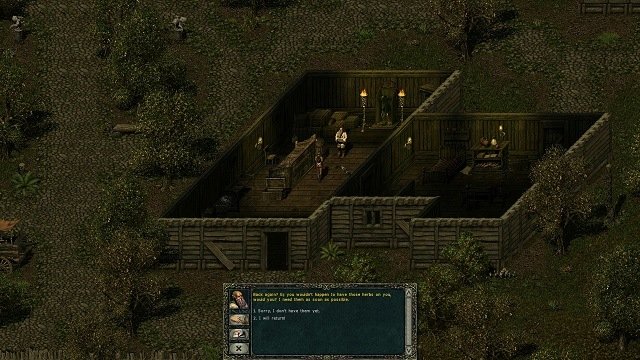 While this combat is primarily a click based hack and slash experience Divine Divinity adds the ability to pause the game at any point which provides additional tactic considerations. While for the regular enemy you’ll be able to cut them down in real time and move quickly the difficult fights can be played slow to improve your chances of survival and balance usage of potions, skills and regular attacks.

Outside of combat Divine Divinity supports a wealth of interaction with the game world and goes beyond having objects be a static feature of your surroundings. For example instead of simply searching through barrels players can move them around or even create a bed out of straw that they find on the various farms scattered across the land. Players also have a set of skills to utilise in the environment such as lockpicking, bartering and pickpocketing that give can both help or hinder your reputation with the various NPCs which influences their reactions to the player.

This review was first published on March 10, 2014. Read our update policy to learn more.

Games Finder is a Steam Curator and featured in the aggregate review scores data of MobyGames and Neoseeker.
FEATURED ON
Games Like Baldur's Gate, Games Like Dungeon Siege, Games Like Jade Empire, Games Like Wasteland 2
LEAVE A REPLY Cancel Reply