Divinity II is an action RPG that shifts the franchise away from its action RPG roots in the original game and pushes the experience more towards an open world adventure akin to the Elder Scrolls (e.g. Skyrim) series of games. Unlike Skyrim though players won’t be only fighting dragons and instead granted the ability to switch between human and dragon form allowing for a traditional third party RPG adventure amongst chaotic dragon destruction from the air. Set in the same realm as Divine Divinity (Rivellon) a significant era of time has passed which means only the most hardcore of fans will recognise the game locations and providing a fresh start for newcomers to the diverse Divinity franchise, world and lore. 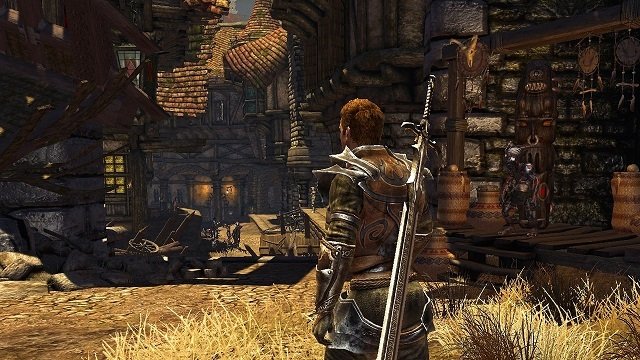 This fresh start begins with the player character at their end of their dragon slayer training which imparts an impressive array of dark powers to aide in the current battles against the last of the dragons although results in temporary amnesia to participants. At this point though news of a powerful dragon nearby stops the ceremony with the clan moving swiftly to intercept the location where it was last seen. Divinity II utilises a similar series of events through its main plot with players tailing powerful dragons and monsters and in particular Damian, The Damned One who is preparing an army for one final assault on the city of Rivellon out of revenge and hatred. In order to stop the impeding destruction players set out to resurrect Ygerna, the lover of Damian.

In doing so players will explore the core RPG gameplay loop of Divinity II which like many in the genre leverages completing quests, exploring large diverse game maps, interacting with NPCs and unlocking powerful equipment in the process. Equipment in particular is a key focus of Divinity II with a loot system that contains elements of randomised gear and provides players a sense of a loot hunt as they search for the ideal item. This is paired alongside more traditional RPG progression systems of alchemy, pet upgrades (necromancy) and general enchanting to provide some control over loot and power progression. 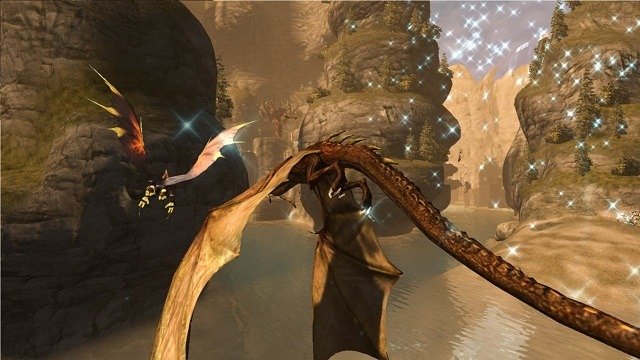 Similar levels of depth extend to the branching story and quest lines that allow players the opportunity to role play as a powerful dragon slayer by using their powers (such as mind reading) to unlock extra dialogue choices and alter the story in various ways. Accessing these enhanced powers though leverage a unique experience debt mechanic that restricts players ability to level up for a certain period of time, albeit in practice this isn’t a severe hindrance even if players mindread every single NPC in game.

When not using experience for mindreading you’ll be able to invest it directly into your character in a freeform manner with no restrictions on skills that a player can select from the applicable schools which allows for some unique hybrid character creations by investing points across the 10 available schools that have ties to typical elements such as air, poison and fire or specific weapon types. While some of these are selected at the start of the game based on the options the player selects there are no limits to your eventual skill pathing. 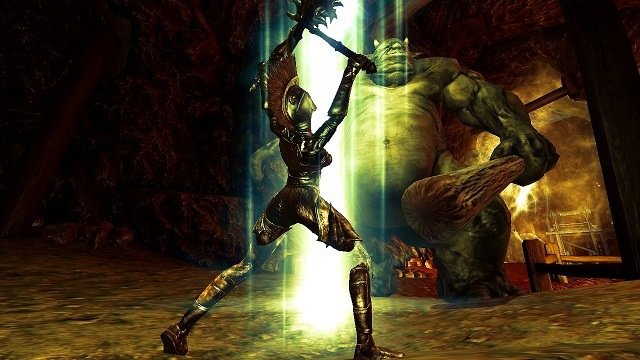 Moving into the mid portion of the game players also gain access to their very own customisable tower that serves as the base of their operations while also unlocking the aforementioned dragon transformation ability which when circumstances permit allow combat to take on a new form.

Blending the traditional over the shoulder RPG mechanics with the action RPG variant of the genre allows Divinity II to cater to both sides of the RPG market and while it doesn’t quite reach the heights of the larger offerings in the genre it’s unique approach and freeform character creation creates a dragon sized experience.

Games Finder is a Steam Curator and featured in the aggregate review scores data of MobyGames and Neoseeker.
FEATURED ON
Games Like Dragon Age, Games Like Gothic, Games Like Shadow of Mordor, Games Like Skyrim
1 COMMENTS
LEAVE A REPLY Cancel Reply