Divinity: Original Sin offers solo and co-operative gameplay that blends fantasy, strategy and role playing together within a single universe. Marking the fourth title in this franchise of titles players familiar with Divinity will find themselves within familiar territory while still being approachable to the first time Divinity player. With a living and breathing game world you can make a name for yourself and direct the course of this adventure one tactical turn at a time. 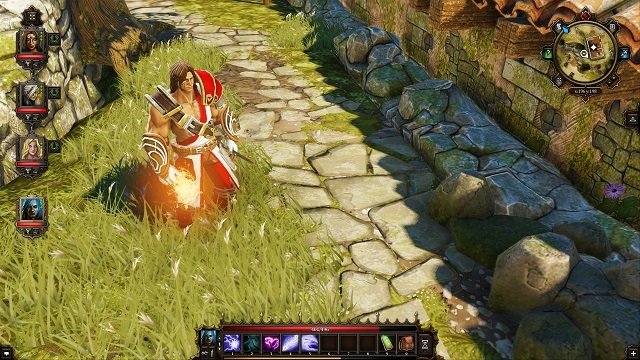 Set in a game world filled with fantasy elements players will assume the role of two source hunters who belong to a powerful organisation bent on removing the dangerous source magic and those that try to wield this power from said fantasy world. In single player you’ll control both of these protagonists while co-operative you’ll each control one as you advance through the story and combat elements.

Starting your adventure while investigating a town murder of someone who was suspected of practicing source magic you’ll find the city to be under siege from orcs and undead armies that points to a larger underlying conspiracy. Encountering cults, ambushes, human sacrifice, mass murder, toxic metal mining and the origin stories of the source itself that revolves around Godlike demons and rare artefacts the story is packed of twists and turns that explore familiar fantasy settings. 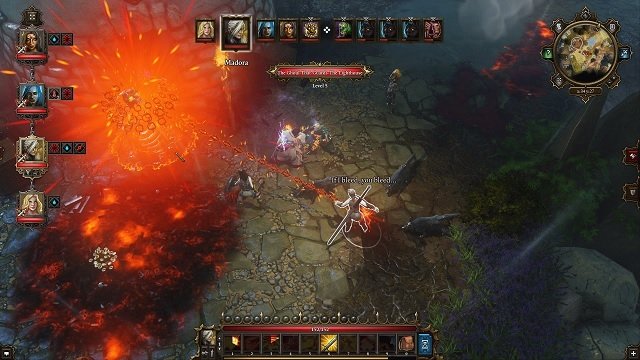 While a worthy single player RPG Divinity: Original Sin definitely thrives in the co-operative environment where you’ll have a close friend to bounce ideas off from strategic battle decisions to story options where you’ll have to fight for what you believe is the correct option. With these decisions having a real tangible impact on various game aspects and the broader world of your adventure it can often be a heated discussion with many decisions that are rarely align neatly within your morals.

Gameplay of Divinity: Original Sin blends the likes of an action RPG in terms of exploration and item hunt but actual combat opts for a slower pace with a turn based tactical affair. Combined this offers the best of both worlds as this keeps exploration fast flowing while giving you a wealth of strategy to draw on during combat. With a good range of spells, ranged and melee attacks combining with environmental elements such as characters slipping on ice, or a pool of water enhancing a lightning spell. 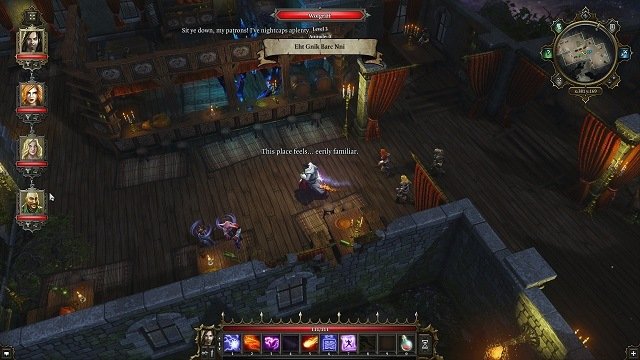 The combat always feels like it is evolving as you gain more spells, encounter different enemy types and master the available strategies. While these battles are an amazing aspect of the experience they actually only form a small part of your adventure as exploration and conversing with the game inhabitants often commanding your attention.

Divinity: Original Sin is heavy on RPG character mechanics which also require significant attention as you pick from the 12 core character classes that impacts on their starting gear and how you’ll build them through the adventure. While these choices don’t stray from usual archetypes with the likes of ranger, knight, cleric and witch they are all brilliantly designed. Combined with skill trees, attributes, talents and equipment your Divinity: Original Sin characters even within the same class are likely to be dramatically different from someone else on the same path.

This review was first published on July 5, 2014. Read our update policy to learn more.