DomiNations combines traditional real time strategy games such as Age of Empires and Rise of Nations with the more modern mobile genre that is dominated by the likes of Clash of Clans in an attempt to offer great strategy challenge on mobile devices (iOS and Android). The result is a unique variant of the mobile strategy genre that achieves some of it’s objectives but doesn’t quite reach the peak of capturing real time strategy on mobile.

Your overarching objective in DomiNations is to take your small nation from the stone age to the space age and use the various new technologies that become available to dominate your competition. With the advance through human history comes growing power and technology from the basic cavalry charge to gunpowder and in time air superiority over your enemies. At present there are over a dozen ages with each unlocking new economy, army, defensive and wonder buildings to improve your empire from its humble beginnings. 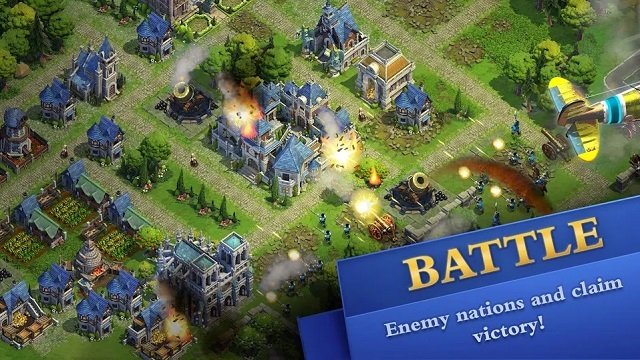 In traditional mobile game strategy style though these ages becoming increasingly demanding on player levels, currency and waiting time with the later ages requiring hundreds of levels, millions of currencies and over two weeks for the upgrade to complete. This ensures ample end game content is available for those that want to commit to a title over the long term and the first handful of ages are still fast enough that short term players won’t miss out on content either.

With 8 starting nations (British, Romans, Germans, Chinese, Greeks, Japanese, Korean and French) to choose from the unit variety is well ahead of most other mobile games in this space that might only offer two different factions if you’re lucky. It’s a nice touch to the game and is particularly noticeable when it comes to building your faction specific wonders and recruiting generals to lead your army such as Napoleon, Genghis Khan, Leonidas and many other historical figures. 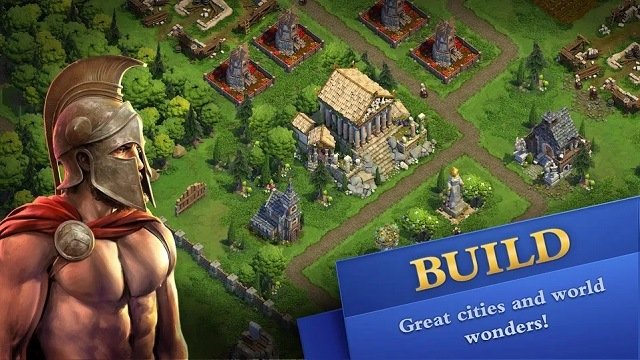 As you might expect starting out in the dawn and stone age can be tough work but thankfully players won’t spend too much time in this basic ages as they really only serve as the tutorial. During this tutorial players will learn how to harvest the fruit trees spread across the map, hunt animals, explore and expand their settlement, mine gold and attack opponents.

Once you’re armed with these basic game foundations the game quickly takes a step back to put you in control although there are still guiding quests to point you in the right direction of civilisation progress. These are vital given the many mechanics that pull you into different directions be it alliances, artifacts, blessings, research, leagues, mercenaries, multiplayer, single player campaign, tactics, troops, wildlife or world war. 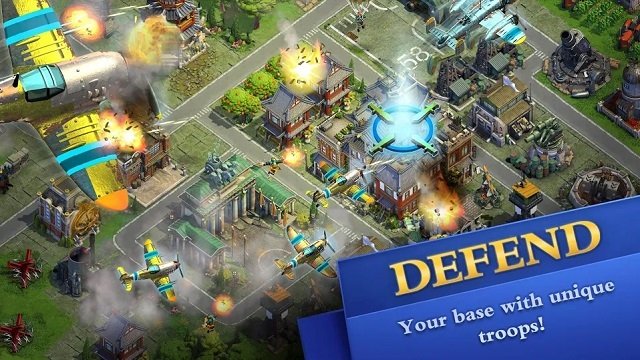 This is where the real fun begins as players begin to explore the mechanics that makes DomiNations such an enjoyable experience and sets it apart from your stock standard mobile strategy title. From the small waiting times to bonuses for correct settlement layouts (using roads to connect key buildings) and the fact troops not killed in battle will return to your town after an attack is over rather than being lost forever like similar games.

These attacks can take place either in the campaign against computer controlled bases or other players that you intend to raid for resources or on behalf of your alliance. Similar to Clash of Clans players will actively place their units on the map in a battle screen where some planned strategy can make all the difference with careful troop placement. DomiNations also adds extra strategy here through good unit diversity and the ability to flag a location for your troops to focus, such as a watch tower being a priority target.

With a wonderful setting, all the mechanics you could want and some interesting gameplay decisions DomiNations is perfect for any strategy fan looking to jump into the mobile strategy genre or people looking to jump to their next mobile adventure.