Don’t Starve is a single player survival game that has many unique features and a dark art direction that makes it a stand out open world survival experience. The game was released in April 2013 by Klei Entertainment with a standalone expansion pack released in 2016 under the name Don’t Starve Together which introduces multiplayer to the Don’t Starve universe. While this review here does not cover this expansion in particular the mechanics discussed below are all applicable to the base Don’t Starve game, albeit with the option to play with a friend. 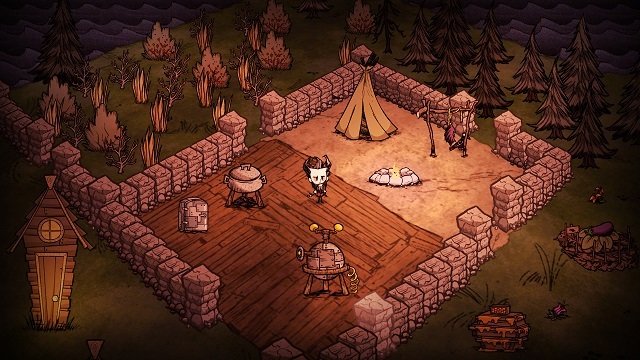 Your high level objective in Don’t Starve is simple, survive for as long as possible in the harsh, eerie and unforgiving game world of strange creatures and characters. In Don’t Starve you’ll have to battle against starvation, hostile monsters and even insanity which slowly builds up as players are exposed to the environment, monsters or other undesirable things (such as bad food). Just like in other survival games, you’ll explore the game world collecting materials and eventually craft tools to assist in your survival which continually build on each other to increase the chances for player survival while unlocking access to higher tier functions to reach the end game.

In addition to the unique aesthetic Don’t Starve has some other features that help it stand out from other games in the genre. One such mechanic introduces a rougelike element to gameplay by rewarding experience points for your character’s death which is then funnelled into new characters that have their own unique strengths and associated playstyle and offer an alternative experience entirely or an opportunity to replay the adventure of Don’t Starve. This includes characters with immunity to the likes of fire and darkness to characters with powerful fighting abilities to almost none at all. 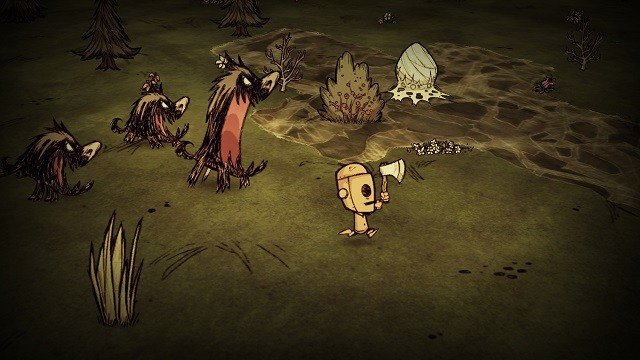 These characters encourage you to try different gameplay styles as you try to utilise their strengths into your strategy and gives the game an extra level of replay ability while also giving you a sense of identity in the world. Character powers include fire immunity, ghost sisters that fight on your behalf, increased health, sanity regeneration and much more. Characters also have their own stats which determines how quickly they succumb to damage, lose their mind or starve to death.

On top of the sandbox style game mode players can access an adventure mode which focuses on providing difficult challenges with varied objectives. Completing these isn’t easy and makes for a nice change of pace from the original game design that was solely about sandbox mode. Similar to the Elder Dragon of Minecraft your Don’t Starve adventure mode culminates in several end game activities that you can tick off in adventure mode to satisfy yourself you’ve completed the game although players can still continue on in a sandbox like mode beyond that point. 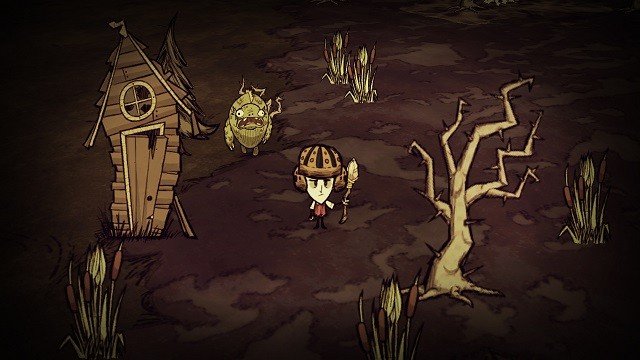 There is no doubt that Don’t Starve does a great job of creating a realistic survival experience and literally throws you in the deep end to learn for yourself how to survive in the unforgiving eerie world of Don’t Starve. Fans of other games in the genre such as Minecraft will love what Don’t Starve brings to the table while newcomers to the genre will find this game a wonderfully creepy place to start.

This review was first published on September 15, 2014. Read our update policy to learn more.

Games Finder is a Steam Curator and featured in the aggregate review scores data of MobyGames and Neoseeker.
FEATURED ON
Games Like 7 Days to Die, Games Like Minecraft, Games Like The Binding of Isaac, Games Like The Forest
LEAVE A REPLY Cancel Reply