Doom 3 adds to the Doom franchise with a similarly scary experience that finds itself planted firmly in the survival horror genre. Like the other titles in the franchise players will find themselves on Mars with first person shooter mechanics as they slowly progress through a truly terrifying atmosphere of blood, gore and demons with a devastating arsenal of marine weapons. 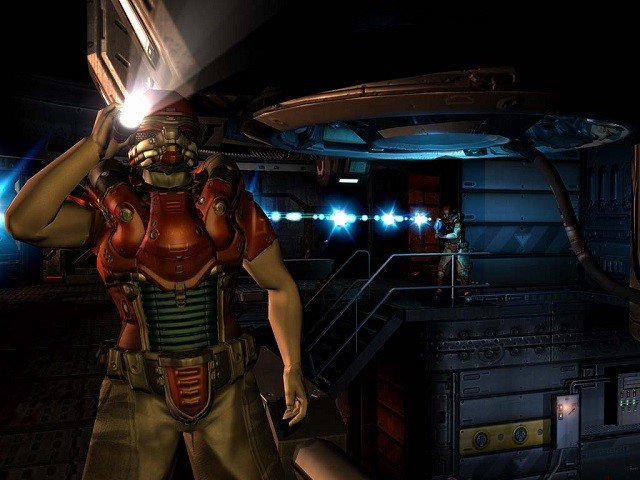 Released in 2003 with an improved edition (BFG Edition) in 2012 along with a 2019 release for modern platforms (Switch, PS4 and Xbox One) Doom 3 is available across a wide breadth of gaming platforms and even includes a portable Android version for those wanting to face demon doom from literally anywhere with their phone. With nearly a decade after the launch of the franchise and the Doom sequel players can expect a dramatically different offering with a similar setting.

This setting sees players stepping into a futuristic world in the boots of space marine on the Mars colony of 2145. Given the distance from Earth this base has always been a testing ground for biological advancements, teleportation, advanced weapons and other research fields deemed too dangerous for the Earth population. In turn these questionable research experiments unleash the very demons from hell itself and is something players will explore and learn more about through information scattered around your adventure. 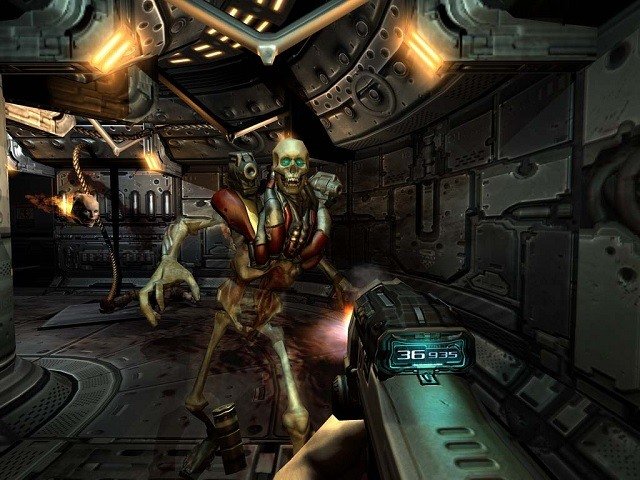 Ultimately though Doom 3 is about a journey to save Earth from the demons that have now invaded the Mars installation by stopping them in their tracks on the red planet. This sees players fighting off several zombie variants who make up the bulk of your fights in terms of numbers and are joined by more difficult foes like the large Hell Knight or the summoning Arch-Vile. In total you can expect just over a dozen varied foes who are all as gruesome and deadly as each other and encourage some alternative approaches to combat to be effectively dealt with.

These encounters themselves are highly linear with players advancing through the dark research station along strict set pathways leaving little room for significant exploration along the way. Split into distinct levels each with their own number of enemies, simple puzzles and the odd mini boss you’ll find just over two dozen levels in the base game with the DLC levels adding around another dozen each which provides plenty of Mars corridors, labs and living quarters to fight through. 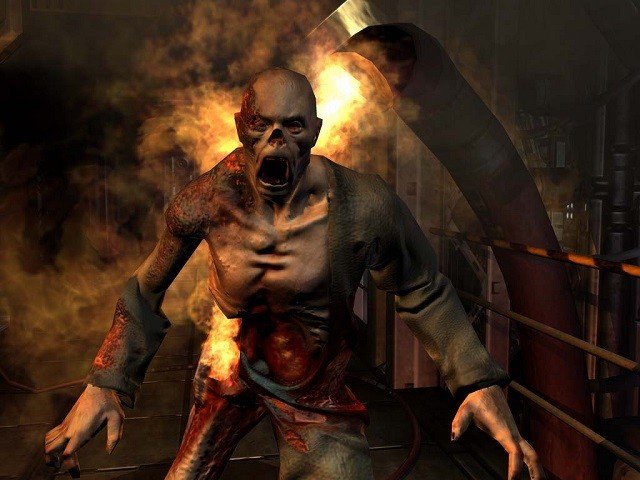 This fight is done via a small pool of weapons with their own ammo types with scarcity particularly on the higher difficultly levels being one key element of the horror theme. From the humble pistol to shotgun, machine gun, chaingun, plasma gun, rocket launcher, BFG and chainsaw they can all be deadly in their own right provided you can salvage the ammo to fire them else you rely on your bare fists or in the worst case your handy flashlight which you’ll regularly have out to reveal the dark passageways.