Downwell is a unique vertical scrolling platform title that also blends in the shooter and roguelike genres into the core mechanics. Available on a large range of platforms this is a title designed for platform fans from the ground up who have plenty of opportunity to get their hands on this fast paced adventure that is literally down the well.

Following a curious man exploring the local park during a night time walk, players strap on their gunboots (yes, bullet firing boots) as they jump into the well, fighting off the enemies and collecting any treasure that they come across. With guns at the bottom of your shoe you’ll obviously best equipped to handle these obstacles from above. 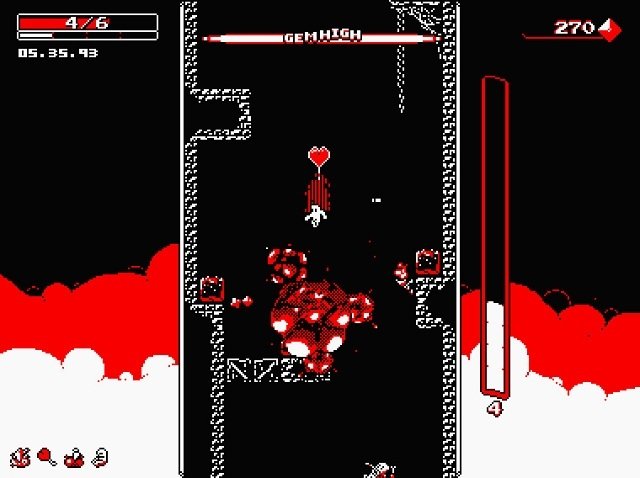 The setting for Downwell is undoubtedly unlike anything you’ve seen before and this extends to the gameplay both in terms of visuals and mechanics. Controls are kept simple with players able to move from side to side, jump when on a solid surface and when in mid-air fire bullets from their trusty gunboots to damage enemies or the terrain beneath them.

With procedural generation behind the core Downwell experience each of these attempts at conquering the depths of the well are unique and thus equally challenging as you can’t rely on memory of level design. This challenge comes from the various enemies that are encountered which can be defeated by either stomping on them or relying on your gunboots although this depends on the enemy type. 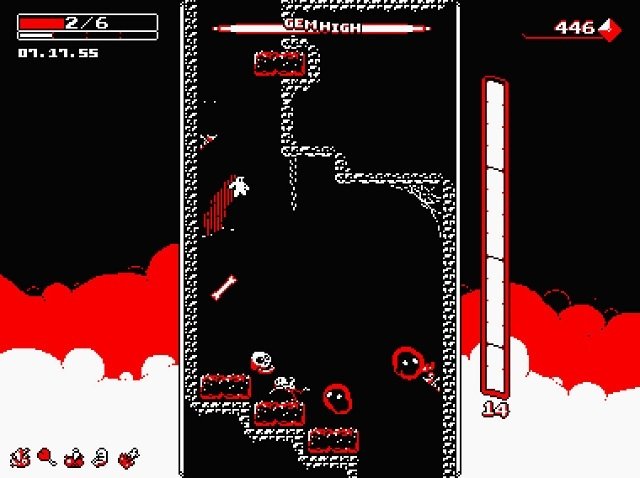 These gunboots can be customised as you adventure downwards by walking into the scattered time bubbles that will contain weapon modifiers, additional gems and even shops to purchase health or boot upgrades. As these are randomised like the rest of the game, successful players will need to alter their strategy in each game based on the items they find rather than having a structured plan in mind.

In addition to this for every stage that a player clears they can select one of three randomised upgrades which stay with the player for the entire run and can have a wider impact on gameplay such as boosting accuracy and damage, cheaper shop access and many other modifiers. This mechanic is not uncommon in the broader rougelike genre and provides that extra layer of randomness but also gives players a little bit of control back on progression. 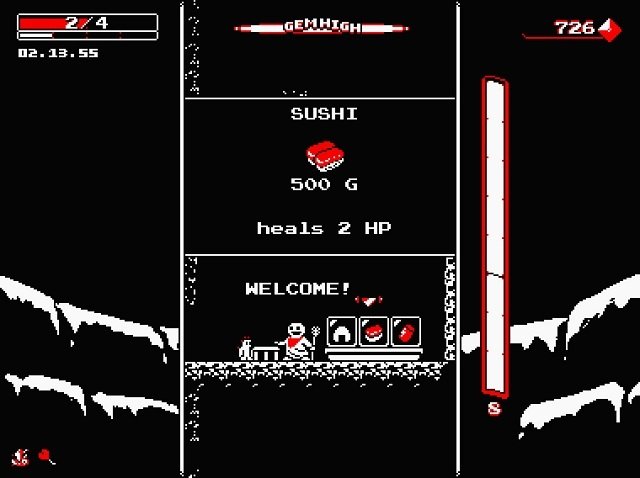 As if that wasn’t enough variety players can unlock additional game styles as they play through Downwell which alter some of the parameters and act like alternative characters. The boulder style for example starts with extra health although only gets to pick between two upgrades after each stage is completed which means a stronger early game but often weaker late game.

Games Finder is a Steam Curator and featured in the aggregate review scores data of MobyGames and Neoseeker.
FEATURED ON
Games Like Risk of Rain, Games Like Spelunky
LEAVE A REPLY Cancel Reply