Dr. Langeskov, The Tiger, and The Terribly Cursed Emerald: A Whirlwind Heist is a short free adventure that has players participating in a heist with an unseen narrator. 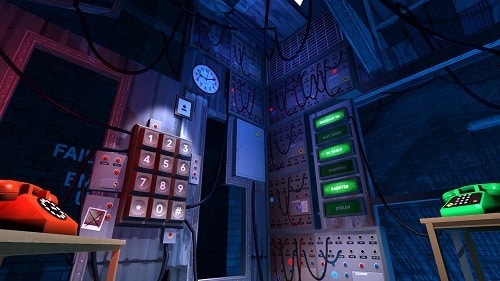 Dr. Langeskov is primarily a game around first person exploration although your path is mostly linear the hidden elements and environment interactions that careful players will uncover are what really makes the experience an intriguing one. The game packs in an impressive amount of detail for a story that lasts only 20 to 30 minutes.

Starting out your story players are setup to believe that they are about to play a game centred around the heist of an emerald and tiger from a large mansion. Just before starting though a glitch breaks the game and leaves players outside the game and behind the scenes of video game production. 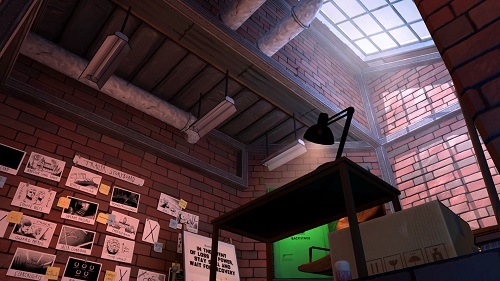 This is where players first encounter the narrator who tells the players that the game is currently in use and has a limit of one player at a time. While you wait though players are lucky enough to be recruited behind the scenes as the staff have decided to go walkabouts.

This entails players performing basic tasks such as setting up the tiger cage or manipulating an elevator when required. All of these instructions are fed to you from the narrator who can be ignored by the player for additional dialogue although has no impact on the overall storyline.

Dr. Langeskov, The Tiger, and The Terribly Cursed Emerald: A Whirlwind Heist