Dragon Age II is the second game in the hit Dragon Age series developed by BioWare and continues the fantasy adventure with a number of new features. The game was released in 2011 and is available across the big platforms including Mac, Windows, PlayStation 3 and Xbox 360. 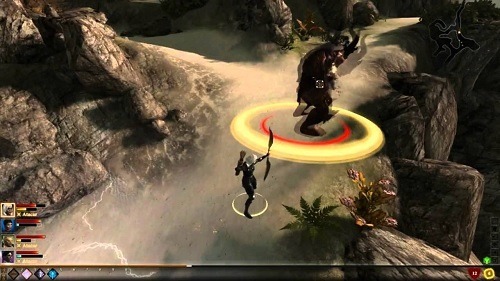 You are free to choose which path Hawke takes in his development as a warrior, rogue or mage. Hawke doesn’t travel alone though and has access to various companions along his journey. This opens up some strategy as you dictate the role that your companions take on your team and issue them orders during combat. If used effectively this system can allow you to beat tough enemies that are currently ahead of your party capabilities. Implementing your own strategy is easy to use thanks to the ability to pause combat to issue orders.

If you don’t want to issue orders to your companions though the AI does a great job of controlling your allies. You will find combat flows nicely in Dragon Age II and has a good loot system for combat rewards that always has you wanting to kill more enemies to see what loot you can acquire.

A unique feature of the game is that companions can be either friends or rivals to the player. With friends giving party bonuses and rivals performing better in combat due to their rivalry with the main character. 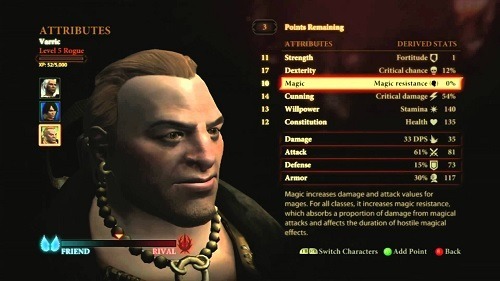 The game takes place in a mostly linear fashion but it definitely doesn’t have the feel of a linear experience due to a player options in key places and the two potential game endings. Conversations with NPCs is one of the areas that remove the linear game feel in particular by offering a good variety of fully voiced dialogue options that are similar to BioWare’s other games.

Maybe you played the original and like what the game offered or just need a new high quality RPG experience. Regardless, Dragon Age II has it all and won’t disappoint if you give the game the time it deserves.