Dragon Eternity offers a cross platform MMO role playing experience with the ability to play across your mobile (iOS/Android) devices and fills an important gap in the market with a limited number of games offering this functionality. Staying close to the formula of similar games players will fight enemies, progress their character stats, unlock loot, command a pet and explore the community based mechanics. 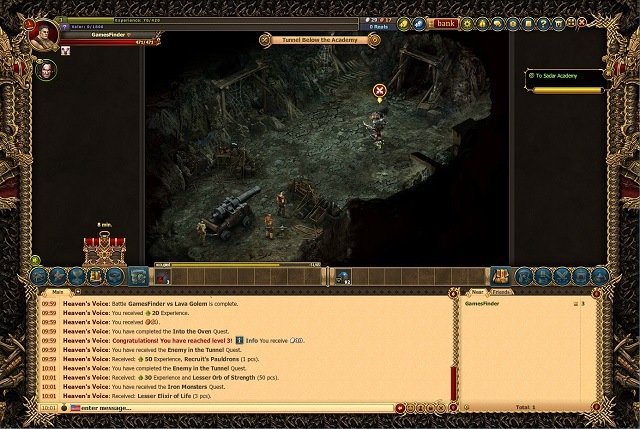 Starting out players will have the option to choose their gender and empire that they want to fight for (either Sadar or Vaalor) although this has limited impact beyond visuals, starting academy location and ultimately the players you’ll be able to see during the early game. Starting at either the Sadar or Vaalor War Academy players are quickly introduced to their first combat as they fight a saboteur and some firethrowers that are attempting to damage the fortress.

Combat is fairly straight forward and comparable to browser based games such as Adventure Quest where players engage in turn based combat. Each turn players select from their backpack items or select a combat stance (defence, attack or magic) which impacts on the damage you deal and take. This impact is actually quite dramatic and changes stats by up to 25% so choosing the correct stance for the enemy is vital to overcoming them in combat. While combat forms the overwhelming amount of the game content Dragon Eternity also includes some exploration of the game world and even basic quests that require interaction with the map or little mini games. 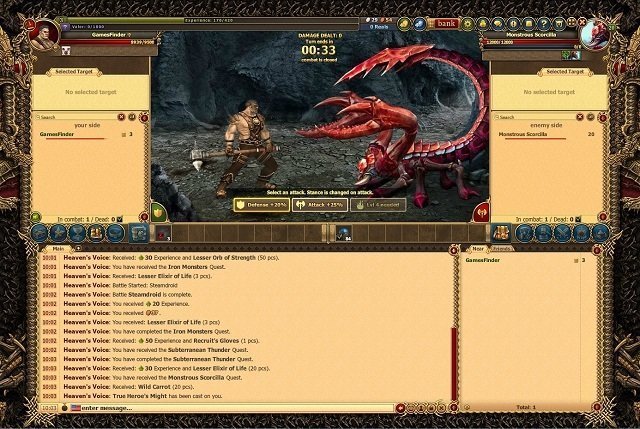 Later on in your adventure players will have the opportunity to select a class which includes the brutal berserker, spell wielding witcher and the holy paladin to offer further customisation. Professions, mounts and dragons add a second layer to this character choice. When compounded these can alter your access to certain abilities and unique equipment although it’s not significant enough to warrant managing multiple characters for the majority of players.

This is partly due to the game design which is highly quest orientated and structured and keeps Dragon Eternity from being an open adventure. This does mean that you won’t be wasting significant time searching for your next key activity though and pairs nicely with other quality of life options such as teleporting to locations instantly or the ability to sell items you don’t want directly after a fight if you already have better gear. Ultimately all of these activities tie back into improving your character levels, skills and equipment over time. 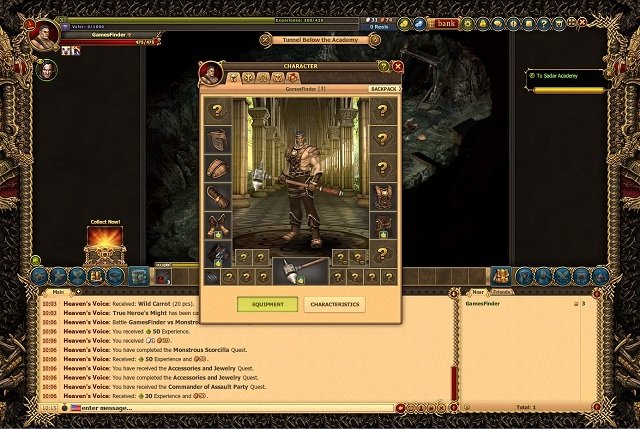 The longevity of your experience in Dragon Eternity definitely lies within the item system though with plenty of item slots for you to fill on your character it’s the sort of game that fans of a min-max style approach will instantly enjoy. Auction house and clan mechanics start to prove useful at this stage of your characters progression to buy rare items from other players or access unique community content with higher tier rewards. While not a flashy experience Dragon Eternity gets the fundamentals of a mobile MMO right.

This review was first published on June 2, 2014. Read our update policy to learn more.