In Dragon Mania Legends you’ll prepare an army of dragons for battle as your create your ideal homeland in the world of Dragolandia. The experience is similar to other dragon breeding games with cute baby dragons to breed into powerful and fearless fighters. 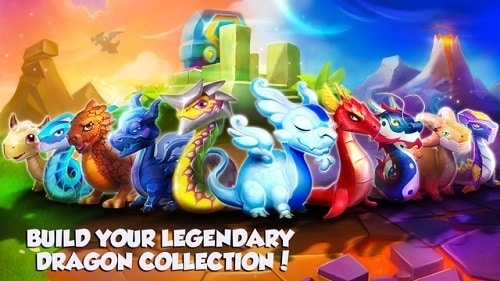 Dragon Mania Legends brings over a hundred dragons to your mobile device with a journey that requires you to build the necessary habitats to hatch baby dragons and feed them to fuel their growth.

The start of your Dragon Mania Legends experience is very economically focused with players encouraged to build up their dragon island with resource generating farms which are used to generate all sorts of tasty food for your dragons and expand the number of dragons that you can support on your island.

While you’ll start with only a small number of dragons these species quickly expand as you level up and build the necessary habitats. Raising your dragon allies is about much more than just building a home with Dragon Mania Legends focusing more on raising which involves training, feeding and petting to level up for better stats and more income per hour to invest back into your island. 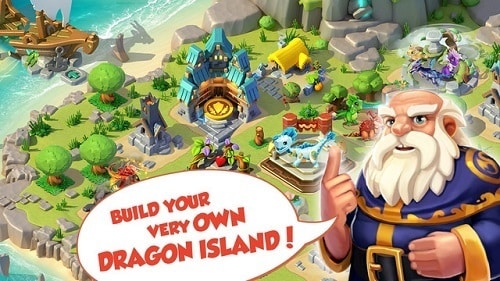 Once you feel comfortable with your raising techniques the arena is where you’ll get the longevity of gameplay. Battles are turn based and will pit three of your dragons against another player. Unlike other games that automate a large part of their battle system Dragon Mania Legends gives the player some control by allowing you to direct attacks and alter their strength through a meter that pops up on the screen and requires careful timing.

Dragon Mania Legends takes the dragon breeding genre in a good direction with a hands on battle arena and impressive dragon variety.