Progressing the Dragon Quest franchise by blending new sandbox mechanics into the core satisfying adventure you’ll find a unique journey ahead on your PlayStation or Nintendo console. With a familiar game world to explore, enemies to defeat and a town waiting to be restored Dragon Quest Builders has a number of familiar design tropes from other popular titles. 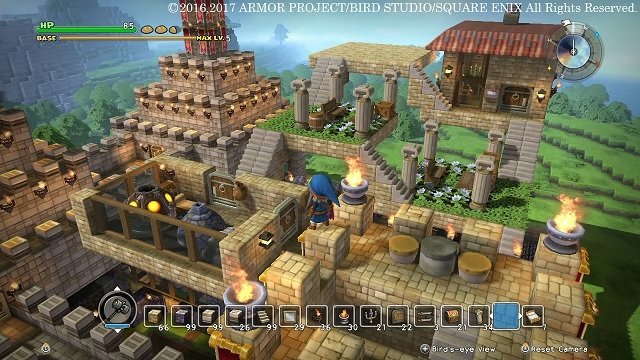 Dragon Quest Builders takes players back to Alefgard which is the world of the original Dragon Quest video game where the player accepted the proposal of the Dragonlord to each rule one half of the world although this was quickly revealed to be a trap. Players control the builder, a hero who has been tasked with rebuilding the world one brick at a time and the only one capable of doing so which requires you to take basic world materials and transfer them into blocky structures.

All the mechanics of Dragon Quest Builders will feel familiar to players as it draws from many other popular titles and genres. Players will trek through the game world collecting basic materials from trees, rocks and monsters and crafting these into more powerful production materials which have broader uses. 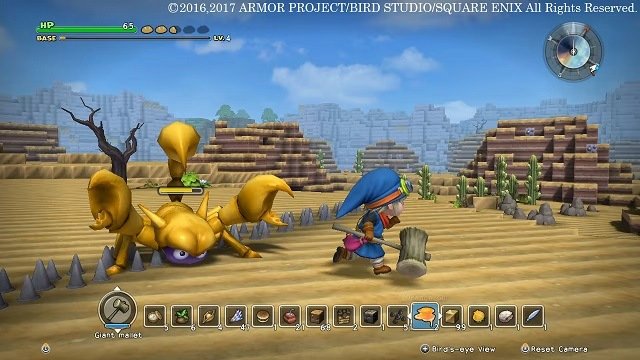 With a good stock of materials players can invest in equipment to aide survival and ultimately accumulate resources to revive the main village from ruins which attracts NPCs to join you and in itself leads to new quests and boosts for your progression. Investment in your town provides a range of passive benefits allowing residents to make free items for you that provide utility overtime. It is this loop that serves as the main focus of your game time as you turn the town from ruins into a bustling hub of activity which allows you to push back the darkness and give hope to the inhabitants of the game world. This cycle of rebuilding occurs across several game chapters for the towns of Cantlin, Rimuldar, Tantegel and Kol and Galenholm as you seek to improve the towns base level based on the quality and number of buildings or decorations that you construct. A heroes work is never finished though with monster attacks threatening to lower the base level of your town.

Outside these walls players encounter a range of monsters on a day night cycle which requires you manage both your health and hunger. In terms of combat Dragon Quest Builders is primarily a melee experience with dozens of swords, axes and hammers that have their own attack power and crafting requirements. Players also have a small handful of projectile weapon options and armour considerations that follow similar principles of crafting requirements and varied statistics which slowly expand as you progress and uncover new resources. 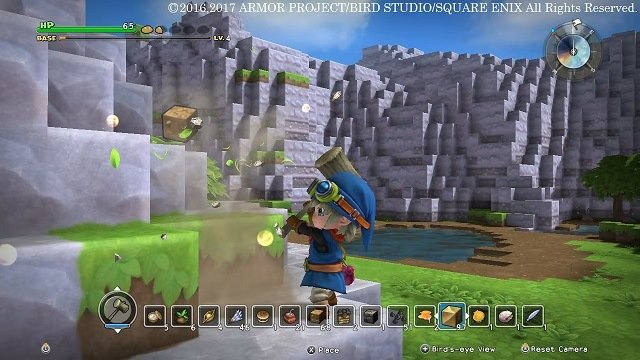 The game world of Dragon Quest builders for this crafting adventure is recognisably cube based in terms of building and terrain with individual blocks about to be removed from the world and placed elsewhere as you see fit.

Games Finder is a Steam Curator and featured in the aggregate review scores data of MobyGames and Neoseeker.
FEATURED ON
Games Like Animal Crossing, Games Like Cube World, Games Like Minecraft, Games Like Trove, Games Like Zelda
LEAVE A REPLY Cancel Reply