Dragon Quest Monsters: Joker is part of the popular Dragon Quest Monsters series that started back on the Gameboy Color in 1999. The game is available on the Nintendo DS and added a number of new game features while also sticking to traditional gameplay. 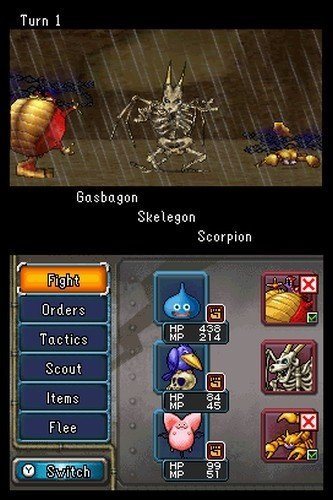 New features that Joker brings to the series include the shift to 3D graphics, online play and the removal of random encounters from the game (players can see all enemies on the map). In Dragon Quest Monsters: Joker you’ll take control of a youth who dreams of becoming one of the famous monster scouts.

These scouts are well known and admired for their ability to tame wild animals and monsters to use them in battle. In order to do so you’ll travel to 7 different islands and explore what they have to offer. Just like in the Pokemon series of games players do not battle themselves and instead rely on their party of monsters to do battle. Dragon Quest Monsters: Joker allows parties of up to 3 monsters.

To convert monsters you’ll have to scout them with success depending on the strength of your monsters and that of the creature you are trying to scout. The game has over 200 monsters with each monster having their own family that they belong to. Families include beast, demon, undead, nature, dragon, slime, material and incarni. Monsters also come with a rank which helps gauge how fast a monster’s stats will grow. 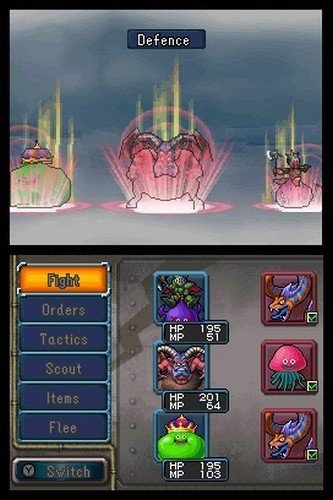 Battles in the game take place in a turn based environment with players able to issue orders to their monsters or use some of the pre defined settings to let the AI take control. This helps speed up gameplay significantly when you have an advantage and don’t need to take the time to carefully plan your attacks. Combined with the lack of random encounters as mentioned previously the game has a great flow to its overall gameplay.

This review was first published on June 17, 2014. Read our update policy to learn more.