Dragon’s Dogma is an action RPG in a fantasy world that combines elements of popular franchises before it as you fight an array of towering enemies across the land. Originally for PlayStation 3 and Xbox 360 consoles with a 2012 release an enhanced version titled Dragon’s Dogma: Dark Arisen was launched later expanding the list of available platforms while offering additional core content. 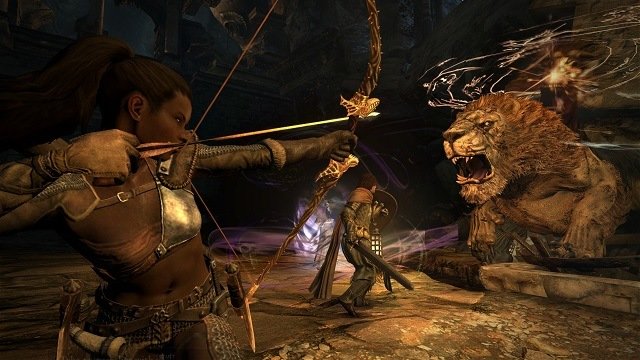 Dragon’s Dogma takes place in the fantasy lands of Gransys where monsters roam and countless NPCs need the help of hero. Playing as your own customised human character known as the Arisen your ultimate goal is to face off against Grigori who is a mighty dragon foe that also serves as an end of world prophecy. While the powerful knight Savan had once embarked on this quest it now falls to players who after an encounter with a dragon in their home town have their heart stolen become known as the Arisen with their fate now tied to the dragon.

Combining this story with a huge open fantasy world players will hack and slash their way through countless foes on their personalised epic adventure. Just like other action role playing games in the genre players can choose from a variety of classes which alter the skills and fighting style of your character dramatically. Known as vocations you’ll standard from three basic forms being the fighter, strider and mage before taking on an advanced or hybrid vocation. This results in Dragon’s Dogma having familiar end game options like the sorcerer, ranger and warrior alongside the mystic knight or magick archer the blur the lines of traditional archetypes. 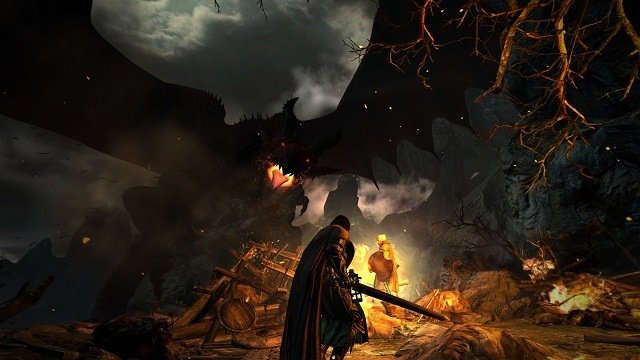 Further character development is offered through levels of progression within each vocation which is retained even if you switch your vocation that does give players opportunity to experiment with alternative playstyles before landing on their preference. With each level you’ll also unlock skills linked to the vocation that can only be used when it is active alongside passive augmentations that are always available regardless of your active vocation.

Dragon’s Dogma is by no means a solo adventure though with players able to create a party of varied vocations through the pawn system that sees up to three party members accompanying you and controlled by the AI. While one of these is a NPC the others can be pulled from other players or friends by going online to give you a sense of party gameplay and also providing useful vocal or visual cues to the player. The pawns also help to add some life to the game world of Dragon’s Dogma by providing story details, hints and other game information during your adventure. 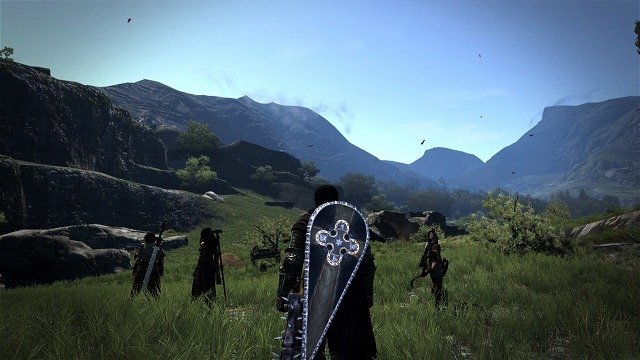 While pawns are a unique and enjoyable mechanic the real area that Dragon’s Dogma shines is through combat which encourages players to pull themselves onto large enemies to attack weak points and feels enjoyably impactful from the first to last time you use this mechanic. This grab like action also extends to the environment and NPCs giving you an additional sense of realism and reminiscent of the popular Shadow of the Colossus combat.

Combined with the large open world that features hundreds of NPCs, voice acting, day-night cycle and a changing weather system the world of Dragon’s Dogma always feels alive across the long main story line that has plenty of side quests for well over a hundred hours of content.