Drakensang Online started as a free to play browser based game that offers similar gameplay to the classic action role playing games of days long past. With the retirement of Flash and Java support within modern browsers though Drakensang Online is now entirely available through  the small game client for Windows. 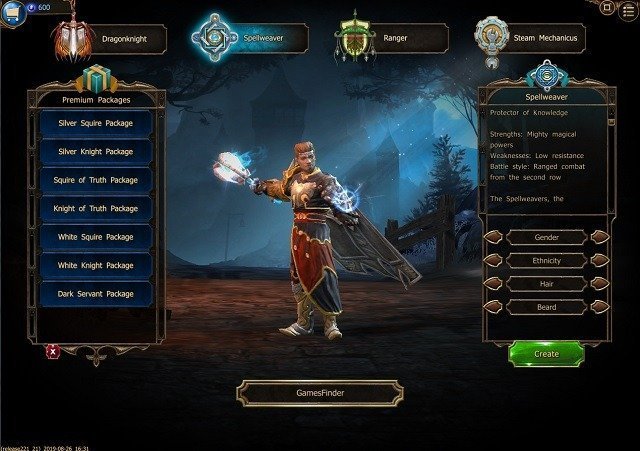 Opting for 4 playable classes players can tackle the Drakensang Online game world as a Dragonknight, Spellweaver, Ranger or Steam Mechanicus with further customisation for gender, ethnicity, hair and beard (for males) available. Unfortunately the lack of colour slider on the character creation screen means you’ll only be able to access preset colours with certain hair and beard choices.

Fans of action RPGs will instantly recognise three of these characters as classic archetypes with the Dragonknight being a powerful melee combatant that does not hesitate to charge into the centre of an enemy force. Meanwhile the Spellweaver prefers to sit behind the front lines with magical spells and regularly stand alongside the Rangers who use their extreme range to specialise in 1v1 take downs. The final and most interesting class of Drakensang Online though is the Steam Mechanicus, a dwarf like character that opts for tactical combat by utilising turrets and other mechanical devices to fight from a distance. 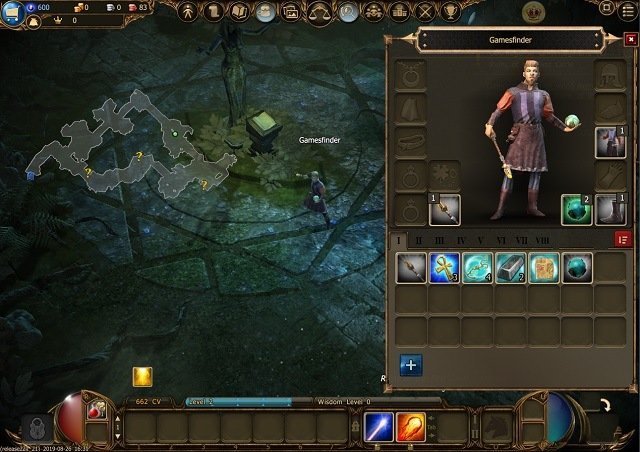 With your class selected you’ll step into Drakensang Online’s dark Diablo inspired world with a familiar control scheme that revolves mouse clicks and hotkeys for various abilities to dispatch enemies. This also includes healing spheres that are dropped by enemies occasionally to heal wounds, the ability to stand still and attack by holding Shift and automatically picking up gold. With these typical action RPG features Bigpoint’s Drakensang Online offers all the foundations of the genre and doesn’t cut corners simply because it started as a browser based game.

Appearing in basic and powerful forms these enemies have various designs, elements and their own attack patterns which evolve throughout the story quests and drop loot or gold appropriate to their power. Monsters also play a more integrated role in Drakensang Online by dropping key items for players pushing the experience more towards MMO style questing.

With the combination of quests and general killing of enemies you’ll be acquiring more powerful loot and experience which provides the core character growth just like any other action RPG experience. For loot you’ve got over a dozen item slots to fill with powerful gear with typical modifiers that boost damage, armour, resistances and more with varying strength tied to rarity level. Skills are similarly diverse with over a dozen core skills per class with 3 skill modifiers which for an investment of talent points add extra functionality, bonus or damage to a specific skill. 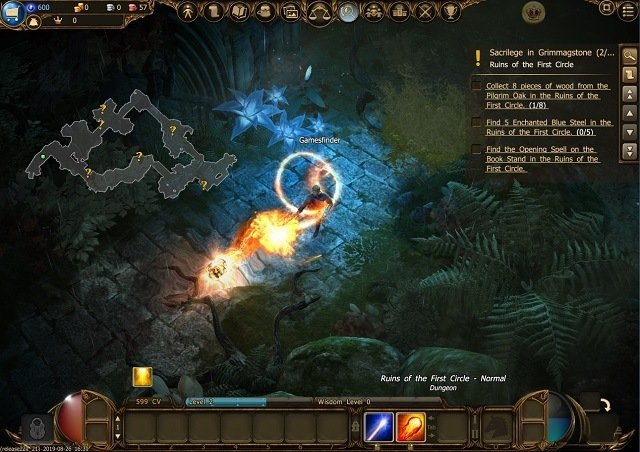 While early levels are highly structured freedom quickly becomes core to the Drakensang Online experience with players taking on multiple quests, exploring maps and even grouping with other players if preferred over solo adventures.

Offering all of the fundamental features of fully fledged action RPGs but within a browser context Drakensang Online is an attractive offering. While it doesn’t compete in terms of polish or depth to the major titles in this space it’s the perfect option for those limited to browser gamers or still fairly fresh to the genre.

This review was first published on November 16, 2014. Read our update policy to learn more.