Drakensang: The Dark Eye lets you explore a dark fantasy world in role playing style. Released in 2008 the game lets you create your own party of adventurers as you travel around Aventuria completing a number of quests. 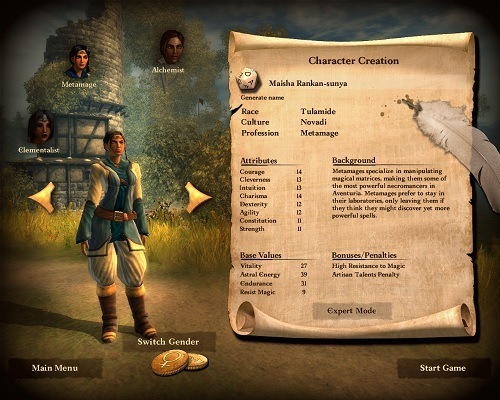 Plot wise you’ll explore a medieval themed universe with elements of fantasy after receiving a letter from an old friend living in Ferdok, a city where much of the game takes place.

After arriving to the city you realise that your friend has been killed along with a number of townsfolk in a variety of gruesome ways. In true role playing fashion you take it open yourself to solve the mystery which forms the main storyline for your adventure (with plenty of side quests in between).

At the start of your adventure you’ll get to craft a character from 20 different classes so there is plenty of diversity on hand. All the usual tanks, rangers and spell casters are there with a number of more unique options thrown in for good measure. Classes are split into different races (human, elf, dwarf)  with each race having a handful of potential classes.

Since the game doesn’t use weapon locking any class can use any weapon although the skills you possess and your starting attributes do generally favour weapons that are intended for your character. In addition to combat skills players also have the option to learn non-combat skills from alchemy to lock picking. 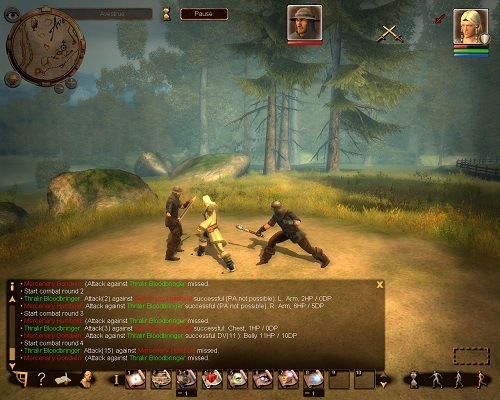 Drakensang: The Dark Eye isn’t a solo adventure with the opportunity based on dialogue to recruit more members to your party that will also grow on their accord and require equipment to be effective. During large scale engagements if players find combat is getting too hectic then there is an option to pause the real time combat to issue orders.

Drakensang: The Dark Eye is a strong party based role playing game that’s worth your time, if you’d prefer a solo adventurer experience though you might want to look at Drakensang Online a free to play game set in the same universe.

This review was first published on October 15, 2013. Read our update policy to learn more.

Games Finder is a Steam Curator and featured in the aggregate review scores data of MobyGames and Neoseeker.
FEATURED ON
Games Like Dragon Age, Games Like Dungeon Siege, Games Like Neverwinter Nights
LEAVE A REPLY Cancel Reply