Explore the world of Dragonia on your very own virtual quest to become the ultimate Drakomon master. Available for free (ad supported) on iOS and Android Drakomon takes inspiration from Pokemon and brings it to mobile with simple UI and great world design. 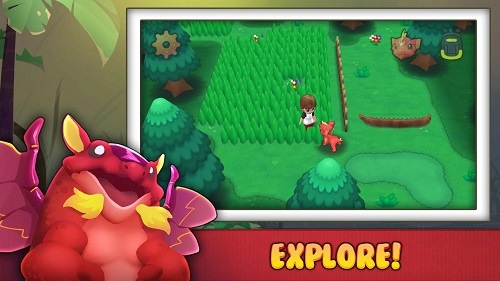 Starting your adventure by meeting Professor Koji players will recruit a fire, water or grass Drakomon to follow their customised game avatar. As is standard for the game genre these elements each have their own strengths and weaknesses while the starting monster choices also vary in health, attack and defense attributes.

With your first quest of exploring an abandoned cave complete the game world of Drakomon slowly opens up players to other towns, quests and monsters with many mechanics that you’ll encounter comparable to the Pokemon franchise. You’ll encounter type advantages (fire, grass, water, lightning, rock and air), items, wild grass, other trainers, different attacks and more along the way. The variety of monsters is also fairly impressive for a basic mobile title that can be played through for free (albeit with ads after nearly every single battle). 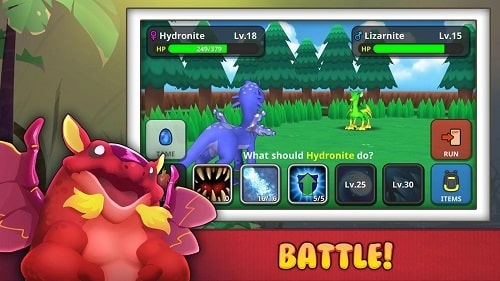 While the Pokemon similarities are obviously strong Drakomon handles itself well in its own right with a solid visual design and basic UI that makes the game easy to play even on smaller mobile devices. The simple quest driven narrative that takes you through the games towns, forests and caves while building your ideal team of 6 Drakomon and the random NPC conversations make it feel very Pokemon like and put it leagues ahead of similar titles in that department.

Drakomon ticks a number of important boxes in the Pokemon like game realm and will no doubt satisfy fans in the genre thanks to its strong design and ease of play on mobile devices. The only let down you’ll have is the excessive ads if you intend to play for free which could be tuned down.

This review was first published on March 14, 2017. Read our update policy to learn more.