Step into the command deck of your very own spaceship in the team based tactical combat simulator, Dreadnought. Commanding a single unit from several ship classes you’ll take to various battlefields as you fight against other players in deathmatch and other game modes. 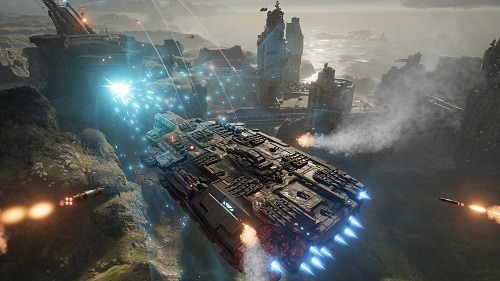 First glance at Dreadnought you’ll immediately notice the impressive graphics of each ship which extends to other aesthetics of the game be it weapons fire, the environment or even your ship lobby. In this lobby you’ll be able to manage your loadouts which lets you take individual ship hulls and customise them with weapons, modules and officer briefings.

These core ship hulls fall into the categories of destroyer, dreadnought, corvette, tactical cruiser and artillery cruiser which each having weaknesses and strengths against the other classes to alter your strategy each game. The corvette for example are stealth based scouts that focus on bursting down enemies while the artillery cruiser offers insane range and consistent damage but can easily be taken down by said corvette under the hands of a skilled pilot. Players are by no means locked into their choice with the ability to swap ships between each death based on the current needs of the team. 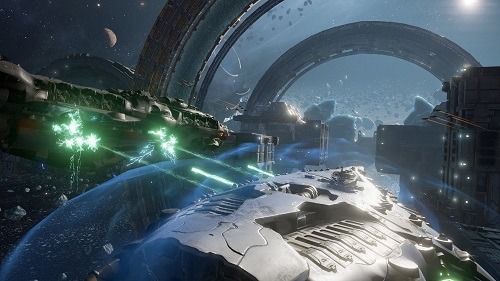 Given the slower pace and manoeuvrability on each ship Dreadnought is heavily focused on the positioning of your ship and larger macro plays. Players cannot fully ignore the micro management of their ship resources though with the most important being energy which drains quickly but can be used for short term boosts to engines, shields or weapons. Other resources to consider are health and ammunition on secondary weapons.

With plenty of ship customisation to explore and the strong graphical presentation each game of Dreadnought is enjoyable and strategic.

This review was first published on August 6, 2017. Read our update policy to learn more.