Dream Builder: Amusement Park puts you in the CEO chair of your own park. You’ll have to choose the hottest rides, the right concession stands and a range of decorations to make the most popular and profitable theme park possible. 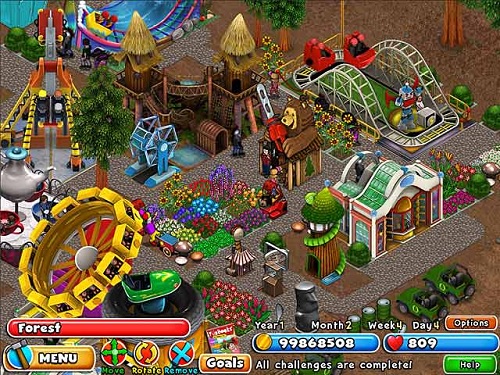 The game is in the same vein as other tycoon games and with a handful of levels and the dozens of rides it has enough variety to keep you engaged for countless hours. Dream Builder: Amusement Park also packs in quite the challenge which will require you to carefully balance your costs, research and expansion plans in order to succeed and not go bankrupt.

Starting with your first park you’ll have to prove you’re a successful amusement park tycoon in each of the parks before advancing to the next. This gives you a sense of progression on top of researching new upgrades for your park that makes the journey from basic bouncy castle to thrilling rollercoasters. Players will also have to play close attention to where rides are placed (such as avoiding the placement of noisy rides next to quite ones).

To add an extra dose of excitement to the game players will be able to unlock additional parks and rides through the Magazine Challenge which rewards you with trophies for achieving hard earned goals. 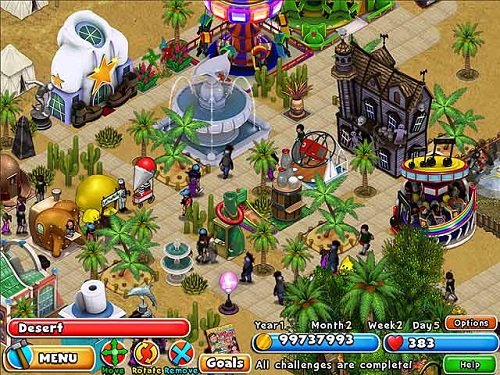 Dream Builder: Amusement Park uses an interesting dual currency system that forces players to approach gameplay differently to other games in this space. While you’ll still have coins that you earn for admission to the park and rides players will also have to balance hearts which are used for marketing and research but earned for providing a fulfilling experience to your guests.

Dream Builder: Amusement Park has a lot to offer as a fun amusement park builder with some interesting ideas. It’s not going to offer the massive replay value of the big games in this space but the challenge and amount of gameplay is more than enough for the price point.