The fifth game in the Dungeon Hunter franchise expands the hack and slash action further with a game set in the dying Valenthia. Choose from 5 different starting weapons, loot endless items, play with others and much more. 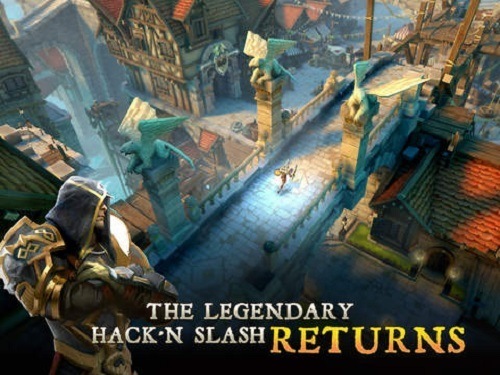 Gameplay has changed little from the last Dungeon Hunter instalment but this isn’t necessarily a bad thing with the game refining mechanics rather than introducing new ones. Players start their adventure by naming their character and choosing from one of the five available starting weapons.

Unlike previous games in the series this weapon choice comes with less restrictions which means more combinations for players between weapons and spells. Weapon options in Dungeon Hunter 5 include a magical staff, a large sword, two small swords, a long glaive or dual crossbows. Of course each weapon has pros and cons but these can be offset by teaming up with allies with different weapons.

Gameplay is centred around individual missions where players must spend energy to enter. Each quest comes with different difficultly options which alters enemy types and potential rewards. 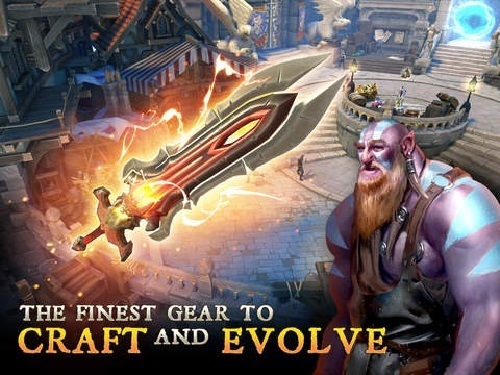 These potential rewards is where much of the gameplay has been improved with a massive increase in the loot table. Players will now be able to gain new weapons, armour and crafting items off their fallen enemies. The new fusion system also ensures even unwanted items have some use as they can upgrade your favourite weapons through forging.

Dungeon Hunter 5 represents a continued evolution in the franchise that makes many steps to improve upon a proven formula. For simple hack and slash action and a deep item system few games compare.

This review was first published on June 18, 2014. Read our update policy to learn more.

Games Finder is a Steam Curator and featured in the aggregate review scores data of MobyGames and Neoseeker.
FEATURED ON
Games Like Diablo, Games Like Kings Road, Games Like Torchlight, Games Like Zenonia
LEAVE A REPLY Cancel Reply