Dungeon Keeper 2 might have only been released two years after the original hit game but makes significant leaps in graphics and mechanics to expand on the Dungeon Keeper franchise. Once again you’ll be thrown into the underground to build your dungeon, attract creatures, craft traps and ultimately fight on the side of evil, it’s good to be bad. Despite the vast evolution in mechanics and graphic style this has not come at the cost of the familiar dark style of the Bullfrog franchise. 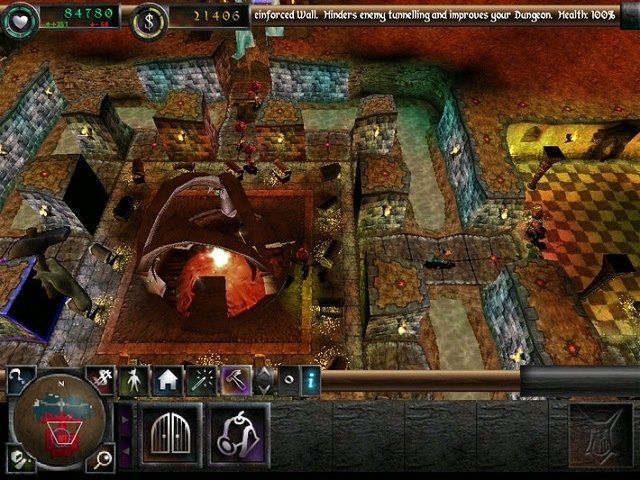 At its heart Dungeon Keeper 2 is a management game with the setting being your evil underground dungeon which is currently populated by pesky heroes. Digging out the underground dirt is central to the expansion of your dungeon which allows you to find gold and importantly portals that serve as your connection to the underworld to attract in all manner of dark creatures by spending gold on appropriate rooms. For example the large Bile Demon requires a sizeable hatchery and lair while warlocks require a library before joining your cause.

In addition to fighting heroes with their own skills and strategy creatures perform a range of utility activities such as researching spells in your library or building traps in the workshop which opens up more strategies for the player. While there are similar creatures to the original Dungeon Keeper across the board there are only a few exact copies available such as the Warlock and Mistress.

The core of this experience is the campaign which features 20 odd levels along with several side levels that act as mini-games that can be unlocked provided the appropriate secret is discovered in a main game level. At several points in this campaign players will also have the option to pick from 2 or 3 different levels to advance which locks out the other options after successful completion and does encourage replay value and offer an easier path for newer players. One such level choice has players fighting against 3 other rival keepers and essentially provides 3 different difficultly levels driven by starting location, creatures, portals and resources. 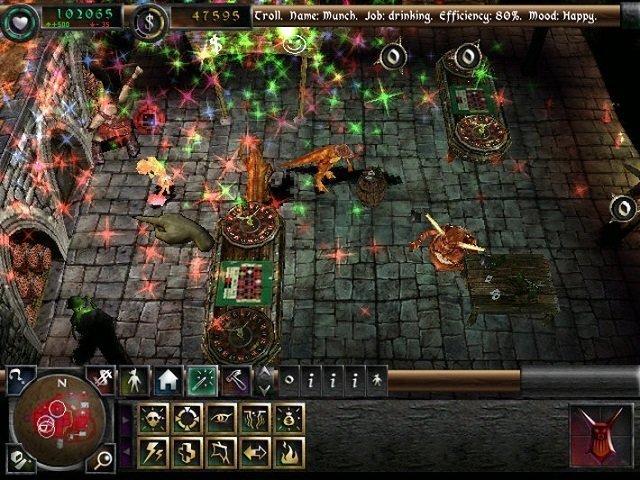 Consistently throughout these levels players will get to enjoy the improved game mechanics which includes a dungeon heart capable of holding a starting stockpile gold, a mana system for spells, imps gaining natural levels and the ability to destroy hero portals by claiming all adjacent land for your own. For fans of the original game you’ll welcome these enhancements that improve overall gameflow and give some added depth and variety.

New players are slowly introduced to these mechanics across the first half a dozen or so levels to ensure you are appropriately equipped for all the battles to come. Dungeon Keeper 2 also does a fantastic job of consistently introducing new mechanics every few levels throughout the campaign through the likes of new rooms to build in your dungeon and in turn new creatures that you can attract.

The same dark and sarcastic narrator also returns to the game and will constantly call you out in tongue and cheek fashion. Dungeon Keeper 2 hast plenty of dark one liners that you’ll be quoting in your head after you’ve finished the game. 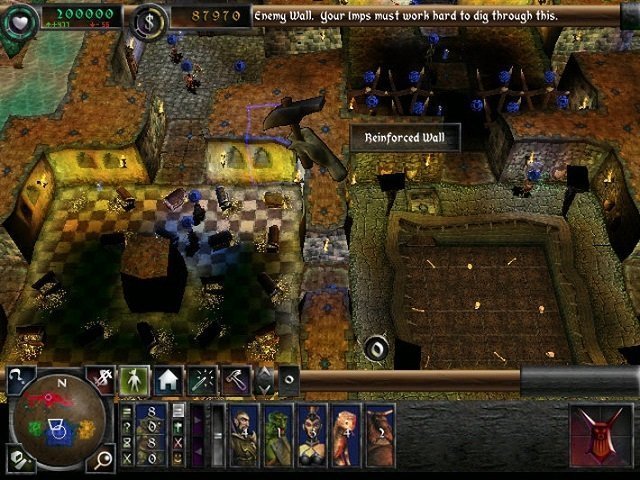 While the campaign is definitely where the game shines with the expansive levels and great level design the Dungeon Keeper 2 experience also offers a solid skirmish mode to battle AI opponents, multiplayer for other players and several sandbox pet dungeons that give you some broad challenging objectives while giving you ample resources to craft a dream dungeon design.

Long-time fans and new dungeon keepers alike will enjoy the step back into the dark world of Dungeon Keeper that many games since 1999 have attempted to replicate with various success.