Challenging players to manage their own dungeon while defeating various heroes is Dungeon Keeper a game that incorporates dark humour as you take control of evil and help it spread across the land. Released in 1997 the success of this strategy management title resulted in an equally satisfying and evil sequel (Dungeon Keeper 2) two years later. 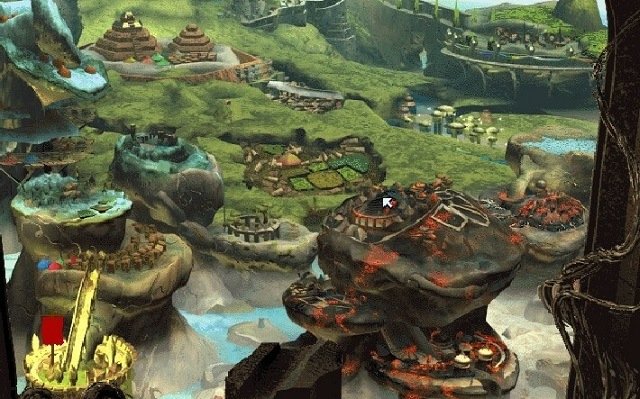 This first addition to the Dungeon Keeper franchise sends players on a journey to claim every single land in the game world that is currently in the hands of a group of good heroes and the occasional rival keeper. As players progress through this realm the once green covered landscape will turn black to represent the players corrupting influence with an eventual combat encounter with the powerful final hero known as the Avatar after defeating the 20 core game levels.

Within each of these lands players will dive into a scenario map where you’ll develop a thriving dungeon base, recruit troops and optimise your resources to push the hero or rival keeper from the land. While each level has a specific objective in Dungeon Keeper these will generally revolve around the destruction of the enemy dungeon heart or army forces. All the while you’ll find a dark atmosphere and humour spread throughout the game world such as the narrator constantly belittling your efforts. 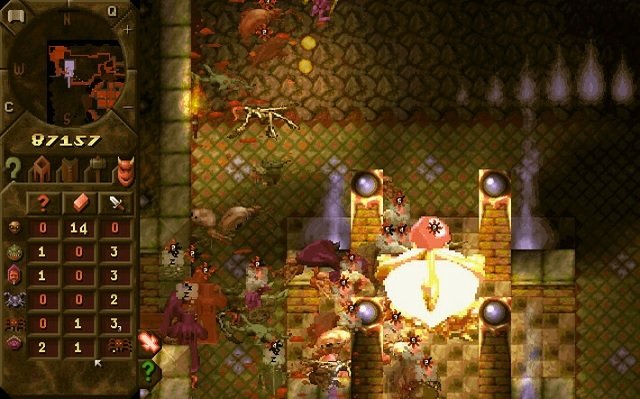 Represented as a mere floating hand in this world players influence is not absolute although with the right actions can build rooms, command troops and a range of other tasks required for an effective dungeon. For example while players cannot remove land themselves they can mark areas of land for your faithful imps to dig out and claim for your dungeon while finding gold blocks. On these claimed portions of land players can then spend acquired gold on various rooms that in turn will attract various creatures to fight for the player or provide important dungeon utility.

From the basic hatchery and lair that every creature needs to have a viable home to the library that allows you to research advanced spells and rooms, the training room where your creatures can increase their power, the workshop to manufacture traps and the torture chamber that can convert heroes or turn them into ghosts for your army. While the blend of rooms is important to attracting a diverse range of creatures to your dungeon for their specific specialties so is designing rooms with sufficient efficiency based on size and having suitable walled surroundings. 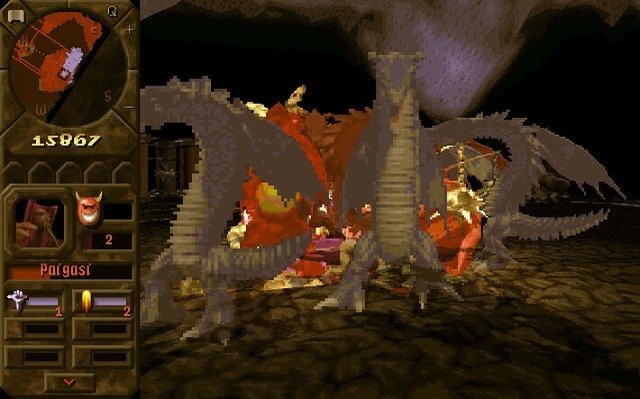 Attracted creatures are equally as diverse as the rooms you can construct with players able to recruit powerful spell casters like the Warlock, hardened fighters like the Orc and Demon Spawn to the less useful basic Beetles and scout Flies. While these creatures will go about their own activities tied to their preferences players can pick up and drop these creatures to where they are required or slap them to “encourage” them to work faster.

Supporting these creatures in battle against the similarly varied heroes players can cast research spells to heal creatures, call them to arms, lightning strike heroes and much more. For players that would rather explore their dungeon in a first person manner you’ll also have the ability to possess a creature of your choice.