Fusing the genres of strategy, RPG, rogue like and even tower defence is Dungeon of the Endless a game where you’ll lead a group of heroes after they crash land deep into a facility on a strange alien planet. Hoping for survival and striving for more than that as you discover the truth about the planet Auriga Dungeon of the Endless is a game enjoyed solo and through online co-operation for 4 players. While originally launching on Windows and Mac Dungeon of the Endless was released for iOS and Android platforms under the title Dungeon of the Endless: Apogee which includes all the DLC content and some mobile friendly revisions.

Dungeon of the Endless has a huge array of mechanics to master which gives the game great longevity across initial the learning curve and beyond. For the most part Dungeon of the Endless evolves each mechanic slowly so it won’t be a huge burden to learn the intricacies of the game either finding that ideal balance between learning and complexity. 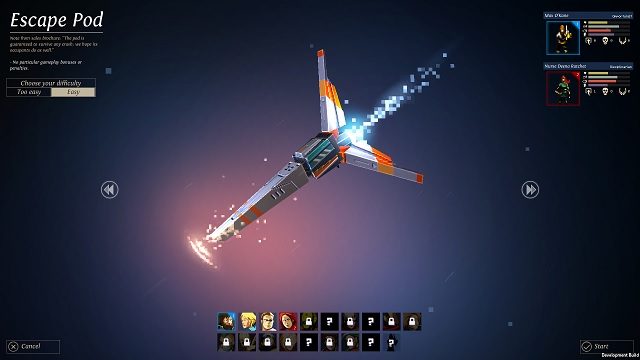 At the start of each Dungeon of the Endless run players will get to select their heroes to fill the escape pod that is about to crash land on the planet Auriga from the prisoner transport ship you are currently on. While players won’t have access to all heroes from the start the list of available options does slowly expand with progression which requires you to find them during an adventure and hire them to use them permanently. As you would expect each hero has their own strengths, weaknesses, skills (passive and active) and stats which creates plenty of strategy in just this simple choice. This allows players to design a team of fast paced melee fighters, tank and ranged DPS duos or something in between that works for your intended playstyle.

These heroes belong to either crew, prisoners or natives with a few secret characters also available requiring very specific circumstances. Crew members support each other with a passive bonus to defence when in the same room while prisoners boost their attack power when located together while natives have no broad skill they do receive high level stats and are cheap to recruit and level. 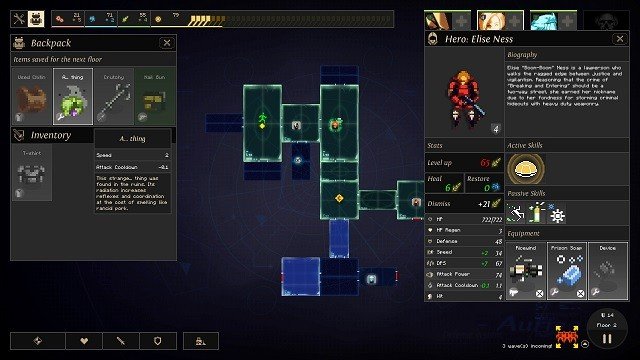 Once your crash pod has landed the real game of Dungeon of the Endless begins which involves players moving from room to room in the strange alien facility while fighting enemies, upgrading heroes and managing resources. Your main goal is to bring the power crystal from your escape pod down to the next level which requires careful exploration and use of the limited resources available. These resources in Dungeon of the Endless are food, industry, dust and science which can be invested into your heroes or upgrades as you advance. This is alongside upgrades to better weapons across pistols, SMGs, spears and swords and armours that have varied stats.

Every time you move into a room players will find enemies, events or items with each serving as its own random encounter. Enemies are equally varied as heroes with some preferring to attack heroes and others preferring to make a run to your power crystal which requires protection. When a door is opened the game considers it to be a turn which will generate resources for players and also spawn enemies in previously discovered rooms that are dark. To counter this you can use your limited dust resources to light up rooms and keep them safe from monster spawning, due to resource limits though a player will never be able to light up all the rooms on a level. 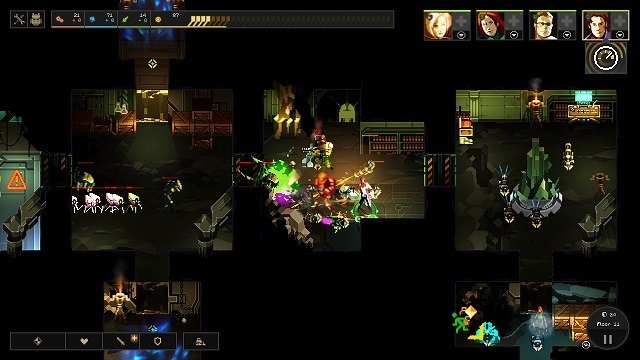 This scarcity is key to Dungeon of the Endless and similar games with roguelike elements  and what makes it such a great experience as players constantly have to make trade offs and difficult decisions. Scarcity in resources also extends to the other main resources of the game which are industry (for building), science (for research) and food (for healing, levels and recruitment).

Dungeon of the Endless promises to offer countless unique dungeon adventures and the well balanced scarcity of the game guarantees you’ll have many deaths ahead of you, although each one will be an enjoyable learning experience and get you closer to the end goal.

Dungeon of the Endless