Dungeon Siege is the first game in the popular series of role playing games with a high fantasy setting of swords and magic while giving players the opportunity to develop their own party of adventurers. Released in 2002 with an expansion pack for the game titled Legends of Aranna released a year later offers a combined 40 odd hours of party role play. 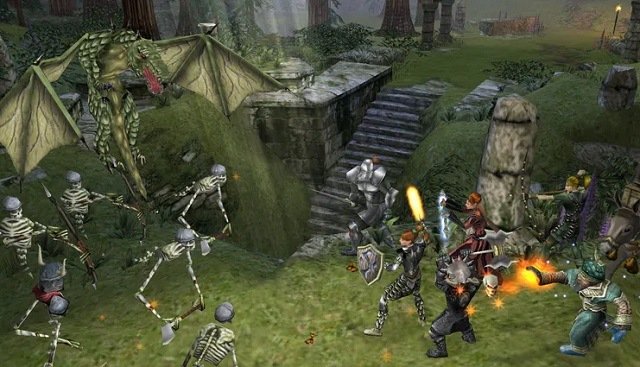 Dungeon Siege is set on the continent of Aranna and has players assuming the role of a simple farmer though in a typical storyline will be a powerful fighter by game end. This farming lifestyle ends all of a sudden when players are attacked on their farm by a group of savage creatures known as Krug.

The player isn’t the only one to be attacked on their humble farm though and the players quickly find themselves becoming the hero as the locals look for a hero to adventure across the land to rid Aranna of evil. Like any role playing adventure journey takes players through a number of environments from forest tops to wastelands and lava filled caves. Foes are equally diverse with skeletons, dragons and various beasts that not only offer challenging fights but also hide tantalising loot. 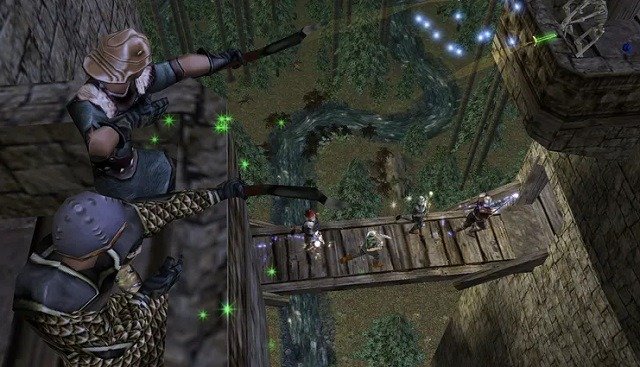 Where Dungeon Siege steps away from the traditional action RPG experience is the adventurers that you meet along the way who decide to take up arms with the player to fight against the chaos. Players are able to control their fellow adventurers in a tactical style by giving them orders or taking control of them to switch to different characters or simply use them as mules to carry more items. When not issuing orders gameplay follows a point and click combat formula similar to the Diablo series.

In Dungeon Siege you’ll be able to build your party with up to 8 companions that are evenly spread out through your story. While some of these will join you for free others will demand an amount of gold before joining your party and generally have stronger specialities across melee fighting, ranged attacks, combat magic, nature magic which players can develop further or force them into another role entirely albeit not recommended. 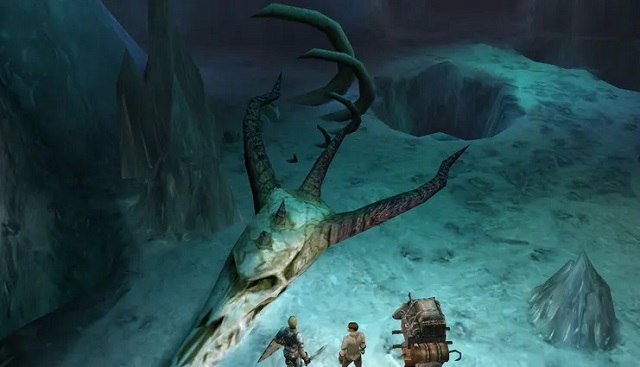 These little choices on top of finding appropriate gear make up the bulk of your Dungeon Siege adventure which is otherwise a linear story of questing and bosses although this is on par for the genre in 2002.

Dungeon Siege set some solid foundations for the series and offers a great adventure from farmer to hero that strikes an enjoyable balance between party management and action role playing loot hunt. If you’ve played the other games in the series and are looking to return to the roots of the Dungeon Siege franchise or a newcomer to the series you’ll find a classic party role playing blend waiting.

This review was first published on April 10, 2014. Read our update policy to learn more.