Imagine an offline version of MapleStory, and you’ve got Dust: An Elysian Tail that employs 2D side scrolling mechanics and crisp action role playing to tell the story of Dust. As a warrior without memories who awakes to the darkness of a strange forest Dust begins an adventure to recover his past.

Joining you on this journey to discover your origin is the sentient mythical Blade of Ahrah and its guardian, a Nimbat (similar to a fairy creature) named Fidget. Your journey starts at the town of Aurora that has recently succumbed to the presence of monsters and requires liberation from the darkness. 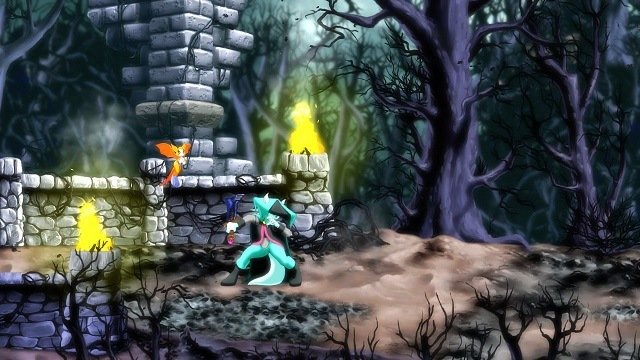 In addition to your main quests players will encounter various other characters who will give you additional smaller side quests that may or may not be related to the main storyline of Dust: An Elysian Tail. Some of these quests even have a light touch of humour with one particular quest having you collecting sheep for a NPC.

No RPG title is complete without character growth though and Dust: An Elysian Tail offers plenty of content in this space with the ability to gain new skills and abilities as you adventure onward. These skills also tie into your ability to move around the 2D game environments with scaling mountains and crawling being two such skills. 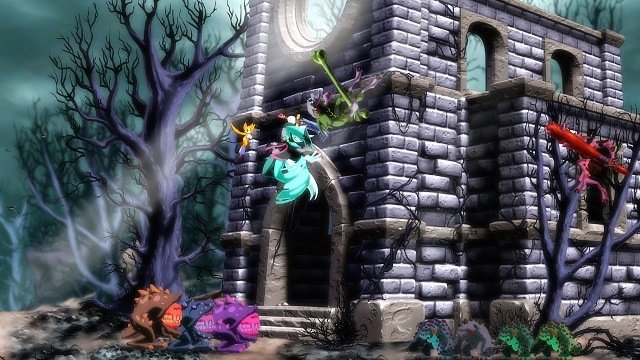 Similarly though your enemies will grow in power with new monsters presenting themselves as you progress from map to map, each with their own special abilities like flying or even combustion which requires you to adjust your playstyle accordingly. This enemy variation when combined with the fluent controls is the real gem of Dust: An Elysian Tail with satisfying combat from start to end.

With the aid of the Blade of Ahrah and Fidget, you slowly learn more about your own history with each new piece of information compelling you forward to discover more about who you are, where you come from, and where you ought to go next.

For those seeking additional challenge Dust: An Elysian Tail also includes mini challenges that are optional and can be found through careful exploration often utilising the aforementioned skills growth. These challenges are time-based dungeons that you have to clear as efficiently as possible, killing off monsters and collecting objects along the way. At the end of the dungeon players will be rated on a scale of stars, and awarded with an item accordingly. 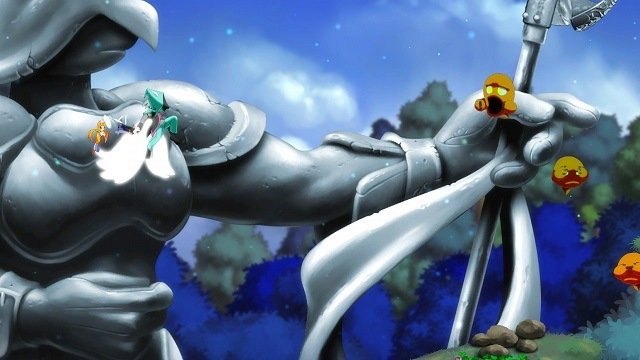 One other thing that stands out in Dust: An Elysian Tail as unique is the merchant system where you can purchase materials from the merchant but only after you’ve sold one of that material to them. This means you’ll have to hunt the monsters that drop that material first and encourages you to go out into combat rather than relying solely on merchants that come in both fixed town and travelling spawns.

Rounding out the core gameplay Dust: An Elysian Tail is also supported with a stunningly unique 2D art style and an award winning musical score.

This review was first published on August 5, 2014. Read our update policy to learn more.