Dwarfs!? is a game that comes in paid and a free to play variant where you command your own special team of Dwarfs in a game that seeks to cross Lemmings and Dwarf Fortress gameplay together. In the free to play version players will be able to freely access the Arcade mode (including tutorials and challenges) that serves as the foundation of your dwarven themed adventure. 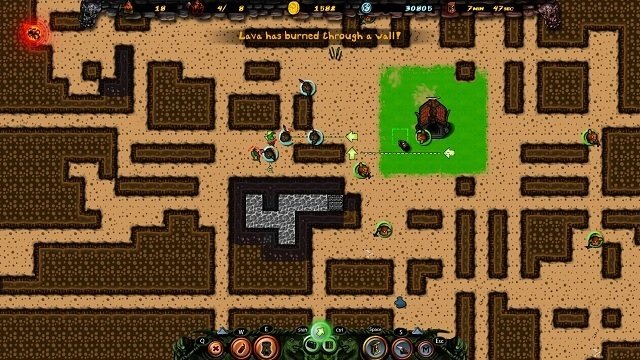 Subsequent to this players can either unlock the 5 additional game content pieces individually or opt purchase the full game that unlocks them all instead. Ultimately this provides an impressive amount of flexibility as to how you experience Dwarfs!? and in turn how you choose to support the developer.

Regardless of how you opt to experience this Dwarven adventure players will find a fast paced video game with randomised map mechanics to keep you coming back again and again for a fresh challenge. At the core Dwarfs!? is a game that is about players being an overseer to a growing dwarven settlement as you guide them through this expansion. With each dwarf having their role to play this includes digging out the earth underground and warriors battling against the threats that do appear when you dig too far. 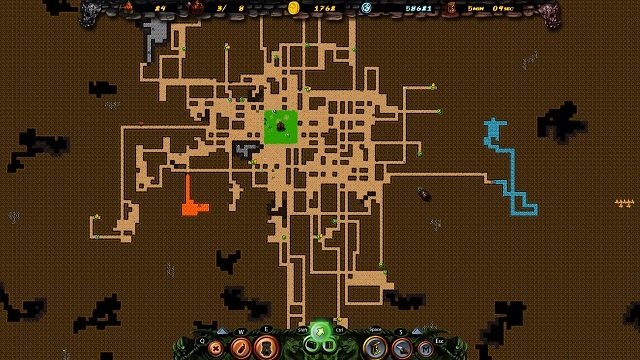 Players will start each adventure in Dwarfs!? within a small cavern with only a small a number of dwarfs to start your settlement progress. In order to expand players will primarily need to generate gold which is generated for every square of dirt that is dug out by your digging dwarves. Certain squares also contain minerals that provide a larger boost to your gold reserves and always a focus. While this all sounds simple enough the catch in Dwarfs!? though is that players are only given limited control over their little dwarfs which often requires you to think outside the normal strategy box you might be accustomed.

This means that your diggers will continue to dig randomly in any direction they choose unless players command them down a certain direction to focus their efforts. This is easier said then done though as this costs vital resources so it becomes a balancing act between control and resource generation. 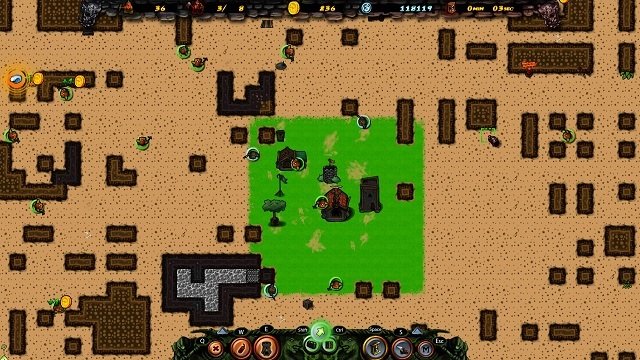 While early on threats are small and a misadventure can still be somewhat profitable the Dwarfs!? quickly introduces all sorts of threats that are best avoided at all costs. This also grows increasingly complex as players build up to dozens of diggers that run wild in your underground mine with hidden caves having water, lava and enemies which cause a number of headaches if triggered. While these threats are dangerous to individual dwarves and often lead to their death the key thing players are looking to avoid is having these reach their starting base which results in a complete game over.

Players are not without some counters to these encounters though with the ability to utilise walls or holes to hold back lava and water. With some pre planning players will also be able to utilise restricted blocks of dirt to prevent them being dug out in the first place. While this all feels complex Dwarfs!? still does a fantastic job of easing players into it through the diverse set of game modes and multiple difficulty settings that are available.

Games Finder is a Steam Curator and featured in the aggregate review scores data of MobyGames and Neoseeker.
FEATURED ON
Games Like Dungeon Keeper, Games Like Dwarf Fortress, Games Like Factorio, Games Like RimWorld
LEAVE A REPLY Cancel Reply