Parkour across a massive city while also slashing zombies to pieces in Dying Light a game with plenty of open world and RPG elements. The game is available on Windows, PlayStation 4 and Xbox One. 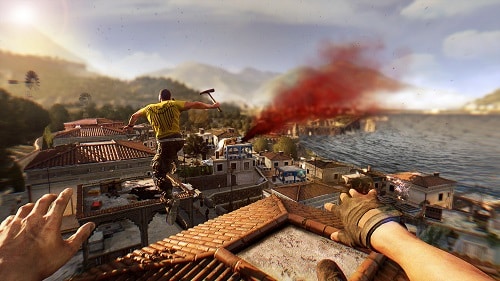 Centred around agent Kyle Crane whose objective is to infiltrate the quarantine zone of Harran. This city is overrun with infestation that has turned its populace into aggressive zombie inspired creatures. At the core of this adventure is parkour that takes you over the city rooftops and a day night cycle that introduces plenty of risk and reward. In addition to exploring solo players can also enjoy multiplayer and co-operative four player gameplay.

There are a host of main story quests to help you explore this vast city which centres around Crane attempting to retrieve sensitive documents from within the quarantine zone. In order to achieve this he’ll help a number of survivors within the zone while also taking on side quests for extra gear and experience.

Gameplay is all about being light on your feat with the aforementioned parkour elements letting you avoid most combat by running along the roofs and walls of the urban environment which is enhanced further with a grappling hook. These parkour options can also be used against enemies with players having the ability to perform a variety of kicks to knock opponents down or force them into traps they’ve designed early. This trap mechanic is one that slowly evolves as you go further in the game and is ideally used at night time by laying light and spike traps to help you combat the night. 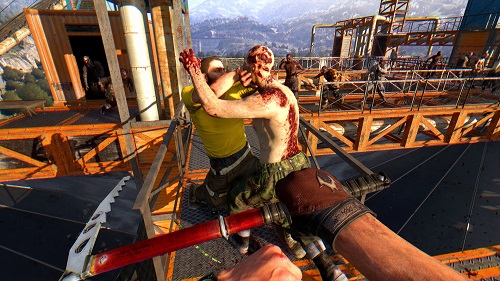 Players that opt for this approach will be rewarded with double experience at night time which is your reward for dealing with tougher normal enemies as well as unique foes that will actively hunt the players. Enemy toughness is increased primarily through density, senses and aggression which with the reduced visibility can be an enjoyably rewarding challenge.

Experience earned for your tasks can be spent in one of the three skill trees which govern your survival, combat and parkour prowess. Experience for these trees is earned in different ways which will help you build a character that represents the way you like to play the game. Experience point penalties can be quite severe for dying during the day but are removed completely at night, providing yet another incentive.

This review was first published on February 28, 2015. Read our update policy to learn more.