Eador Masters of the Broken World combines several genres together to create interesting gameplay with a fantasy backdrop. The game was released in 2013. 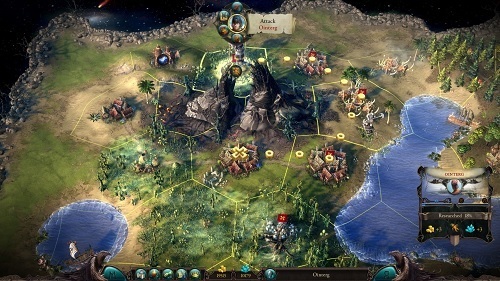 The genres that Eador mixes together include grand strategy, role playinh and turn based tactical combat. The game also has a very unique setting that features near endless shards of land that are adrift in the Great Nothing. These shards are the after effect of a gigantic cataclysmic event that left the universe in pieces. Players assume the role of a demi-god to battle against others for control over the shards with the winner able to reunite the now broken universe.

This storyline plays a larger role than most strategy games and as you progress you’ll find opportunities to change the direction of the story which gives the game a life of its own.

Taking control of all the shards is no easy task in Eador Masters of the Broken World and one blanket strategy won’t work for them all. Each shard is a world within itself with different environments and denizens in each shard. Shards also possess their own technology which is how players acquire new technology rather than researching it.

Once you’ve chosen a shard to attack you’ll bring up that world which split even further into different provinces. From here your goal is take out the enemies city while protecting yours which involves taking over each province using a tactical combat system. In addition to this players will encounter various random events which helps to break up the gameplay and keep it fresh, 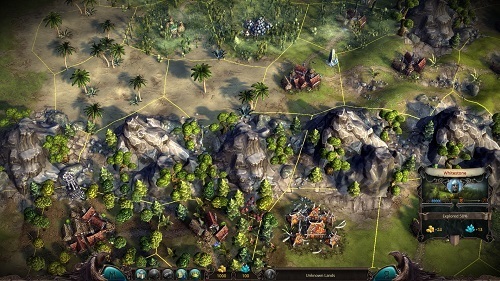 One of the more interesting features of the game is the use of a karma system which records all your actions throughout the game and alters the ending accordingly.

The blend of genres leads to a very interesting experience and also creates a level of depth that is well beyond other strategy games. If you are a patient gamer willing to learn all the games mechanics you’ll be rewarded with a fun and rewarding game that has plenty of replay value.

Games Finder is a Steam Curator and featured in the aggregate review scores data of MobyGames and Neoseeker.
FEATURED ON
Games Like Civilization, Games Like Europa Universalis, Games Like Heroes of Might and Magic, Games Like Total War
LEAVE A REPLY Cancel Reply

Eador Masters of the Broken World