Earthbound Beginnings brings the original Mother title to the Wii U with a localisation port allowing modern day English fans to get their hands on this classic game title. 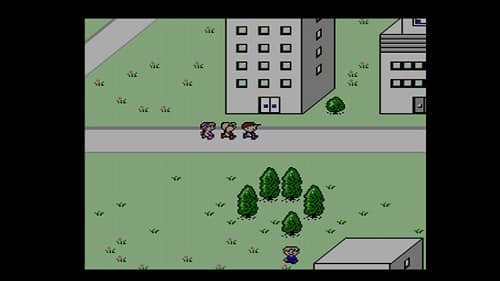 Following the strange story of Ninten, a young boy from the town of Podunk tasked with saving the entire planet from an evil race of aliens with psychic powers, able to mind control anyone at will. This journey will take Ninten across America to collect eight melodies and save the world.

This isn’t a solo journey either with players being joined along the way by four different friends who bring their own skills and and personality to your team. Party members include a young tomboy rescued from a graveyard, a brilliant young boy who is bullied at school, a PSI powered girl with a missing mother and a gang leader.

The interesting backgrounds of these characters is just a small glimpse of the strange encounters that Earthbound Beginnings has to offer players. A key element of the game (despite being linear) is the ability to complete the game in a different sequence and skip some parts entirely.

Gameplay of Earthbound Beginnings is similar to many other SNES titles that were around during the original release of Mother. Splitting exploration and combat between two different modes the game has plenty of secrets to uncover and turn based combat to engage with.

During the overworld portions players will explore the various towns, encounter NPCs, purchase items, save the game and rest your party. Once an enemy is encountered (scripted and random encounters) the game will switch to the battle screen where players will command their individual party members to attack the enemy or perform another action. 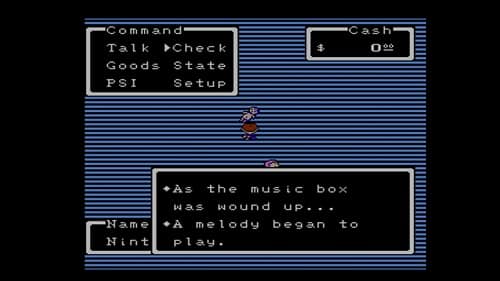 With combat experience comes items and combat experience which will boost character statistics and abilities. Fallen characters can be revived at hospitals if they lose all their health points while death of all characters will result in you reviving at your last location at the loss of PSI points.

Earthbound Beginnings lets you get your hands on one of the classic titles that has since inspired many other games. For those that appreciate older games this experience is an easy purchase decision.