Echo of Soul is a fresh fantasy MMO with a similar development team to the popular Lineage II. While it has been a huge success in the Korean market since its 2013 launch the game has only recently come to the North America and Europe scenes with a beta and release in 2015. 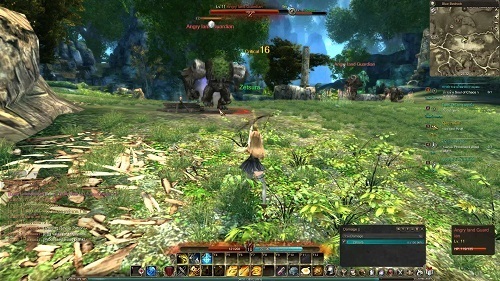 Echo of Soul includes the thousands of PvE and PvP hours that MMO players crave along with the usual questing, dungeons, guilds and large scale raids but adds just enough unique flavour to make it worth experiencing. This includes a unique soul mechanic that allows you to customise your character based on slain enemies and a planned mobile application that lets you stay connected to your character and friends even while away from the computer.

Combining these unique elements with a great level of polish and beautiful game world that spans several dozen locations Echo of Soul is a promising addition to the free to play MMO titans currently in the genre. This world features well over 50 detailed maps that fit beyond 1,500 quests to ensure you explore every corner of the game world.

Choosing to stick with the basic 5 archetypes of warrior, archer, sorceress, guardian and rogue Echo of Soul opts for deep customisation and refined classes rather than overwhelming you with a large number of base choices. This works well for the most part as players can take their hero into varying specialisations to separate yourself from your friends and other players using the same base character. 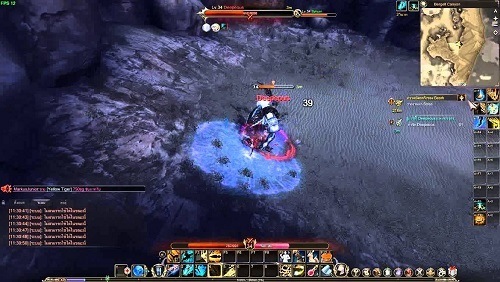 One thing that Echo of Soul is trying to also break with this character customisation is the healer dependent combat with a dedicated healer completely absent from the character line up. While this obviously won’t appeal to those dedicated healers the result is a different style of gameplay that doesn’t restrict players to throwing out heals and buffs from the back of your team. This is particularly evident in the large raids (up to 20 players) where victory requires an extra level of planning or the PvP spaces that play out in a faster pace compared to similar games.

Echo of Soul is an exciting and rich fantasy MMORPG that won’t leave you disappointed. It’s still finding it’s western feet with a few game elements but the core experience is the type of foundation that will ensure it’s both popular and enjoyable for years to come.