Echo: Secrets of the Lost Cavern brings puzzle adventures into prehistoric times and comes from Kheops Studios that developed the popular Return to Mysterious Island series of games with a similar premise. Opting to create a video game that can also serve as a learning tool Echo: Secrets of the Lost Cavern also incorporates an Encyclopedia style mechanic that allows players to dig deeper into the history of the human species and understand the basis for some of the things featured within the game. 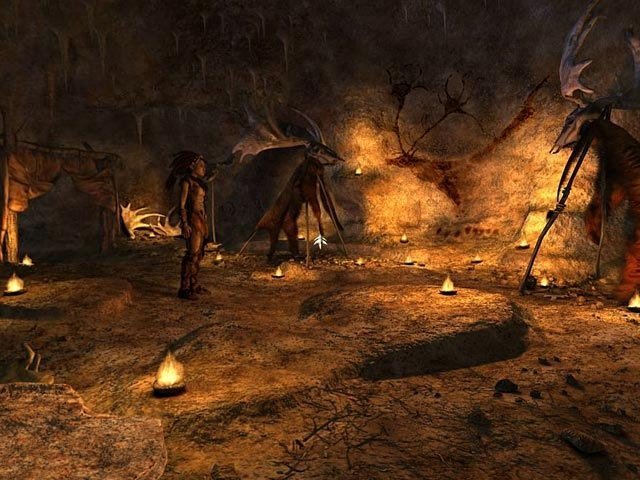 Echo: Secrets of the Lost Cavern is set deep within the prehistoric era (around 15000 BC) and has players assuming the role of Arok who is a teenage Homo Sapien living in the world of that time and all the struggles that come with it. This game setting has everything you would expect with fires, caves and hunting making regular appearances in puzzles and gameplay ensuring that every element of your adventure is time appropriate.

The story of Echo: Secrets of the Lost Cavern starts after players discover a mysterious cave during a hunt which seems to pull them further into the cave as they approach. Upon further investigation players realise it’s the cave of Klem a traveller that passed through the home lands of Arok several years before and who Arok spent many days learning from closely through a mentor relationship they developed. 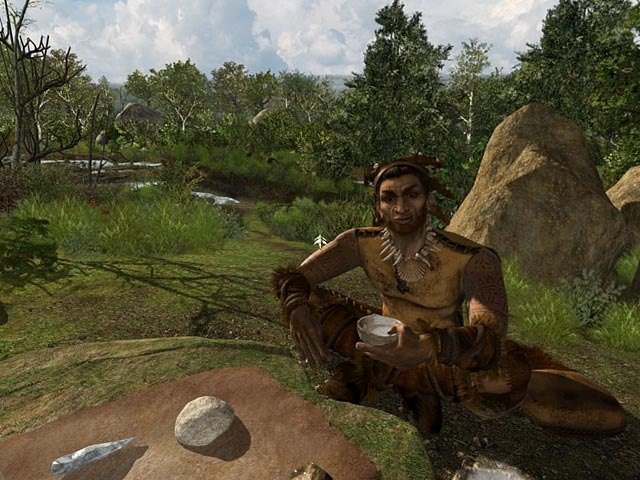 Klem is portrayed as a wandering traveller painter with sorcerer like powers that allows him to talk to spirits amongst other strange and unique abilities. After reminiscing about the time he spent with Klem and the wisdom Arok was able to obtain during the period players make the decision to follow the steps of Klem and search for his current whereabouts rather than returning to the tribe. 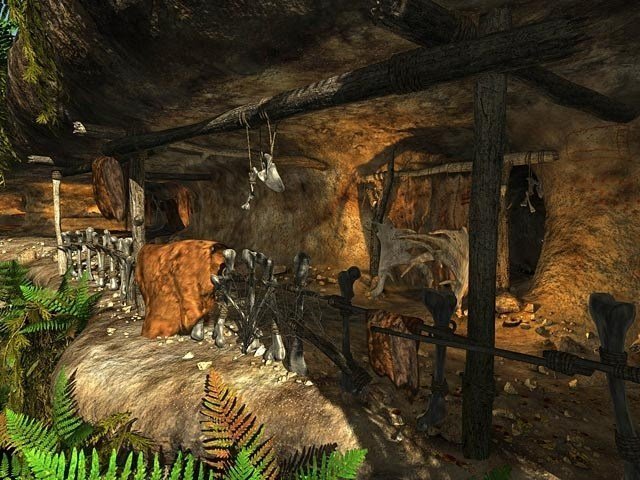 No prehistoric game would be complete without constant threats to your survival though so you’ll also have to defend yourself against various predators while hunting for food to survive in Echo: Secrets of the Lost Cavern. To help you in the harsh environment players have access to a handy aforementioned in game Encyclopedia with accurate data on the era that the game is set that does provide some hints to strategies that are most effective.

While the story lacks some sense of character connection Echo: Secrets of the Lost Cavern still ensures a strong and varied puzzle experience in the prehistoric era, giving it a different setting than most comparable puzzle adventures.

This review was first published on August 13, 2013. Read our update policy to learn more.

Echo: Secrets of the Lost Cavern