Available for PS4 and Windows Effie explores the tale of Galand as he retells it to the next generation in front of warm fire. You’ll find inspiration from platform adventure games of eras long past throughout the gameplay design with platforming, combat, exploration and puzzles featured to various degrees. On one hand it is a return to a simpler time in gaming but comes with a few modern upgrades to make it an attractive 3D platformer for genre fans. 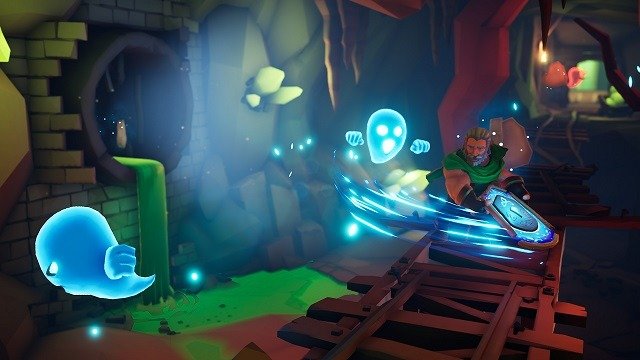 Opening with Galand telling the story of strong but lazy warrior who is cursed by a witch for his unwillingness to help her with a simple task players step into the Temple of the Elders Protectors that also serves as the tutorial before embarking on the broader quest to remove the wicked witch. Cursed with old age the once young Galand needs to slowly reclaim his strength which requires world exploration and in turn rune collection. While basic in design some small touches of humour and light-hearted elements keep you engaged with your overall journey from start to finish.

Along the way as you explore the world of Effie you’ll also find a total of 18 relics split across rare items, books, bestiary, insignia and tales which require you to often think outside the box on a slightly hidden pathway for the associated achievement along with some bonus world lore. Sometimes this will leverage the unlocked abilities for your shield which serves as both a platformer enhancer, weapon and even surfboard which is particularly useful come the open world portions of the game where a time trial mini game is also present. 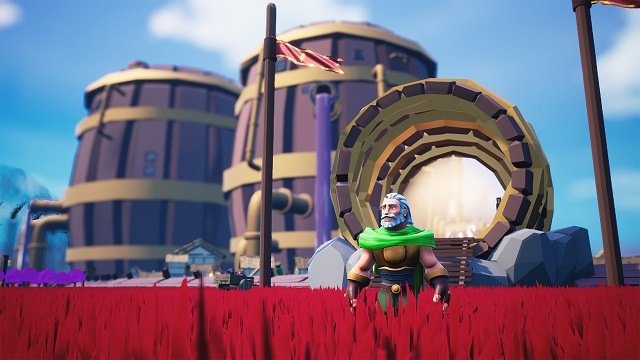 You’ll get approximately half a dozen of these as you adventure such as the ability to dash or slam your shield in addition to the standard light and heavy attacks offered. Balancing these against a stamina bar and immune enemies will stop you from spamming away at enemies although is fairly generous and on top of the slow moving enemy types is rarely a source of difficulty.

This is a difficultly tone that applies to every aspect of Effie with the title clearly designed more to show off a wonderful fantasy world of level designs rather than frustrate players with exceedingly difficult sequences. The regular source of checkpoints and lack of death mechanics further eludes to this intention although limits its appeal to either newcomers to the genre entirely or those that are on the die hard fan spectrum and don’t mind a journey without significant challenge. 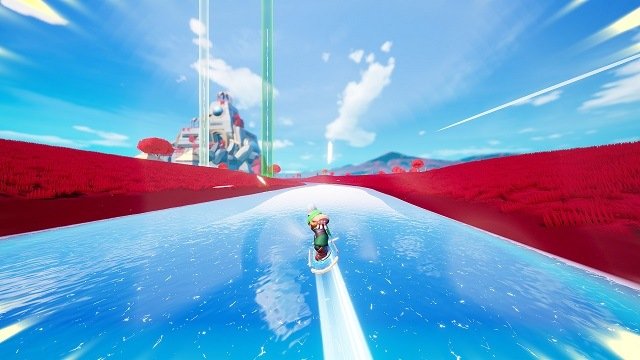 While not all levels are inventive you’ll find the vast majority and particularly those for the boss battles to be wonderfully handcrafted blends of combat, puzzle and platforming into a single engagement. These shine as the pinnacle experience of Effie and thankfully one that you’ll get several of during a full 5 or so hour playthrough.

Effie can’t really be faulted for doing anything wrong or poorly but at the same time it does very little to excel which relegates it to the status of perfectly average platformer.

This review was first published on February 15, 2020. Read our update policy to learn more.

Games Finder is a Steam Curator and featured in the aggregate review scores data of MobyGames and Neoseeker.
FEATURED ON
Games Like Bastion, Games Like Mario, Games Like Zelda
LEAVE A REPLY Cancel Reply