Elemental: War of Magic is a 4X turn based game that takes place in a fantasy setting. It is the first of several games developed by Stardock that take place in the Elemental universe. 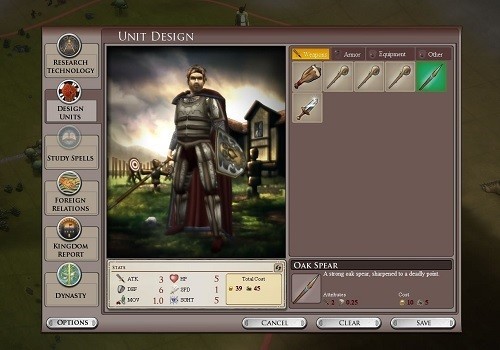 The game isn’t entirely a strategy game though with some room for RPG style features. Just like other games in the 4X genre players can expect to explore, build, collect resources and ultimately conquer your enemies.

The plot in Elemental: War of Magic isn’t anything special and takes place in a world once dominated by magic. After a series of civil wars and events the player now finds themselves uncovering a sinister plot and goes to war in order to protect the world.

This plot is experienced through the campaign mode which itself is fairly linear and focuses on the combat side of gameplay rather than managing your cities. The true gameplay definitely lies within the skirmish game mode which feels more like what you expect to see from a 4X game. This skirmish modes has multiple victory conditions including conquering all enemy factions, being allied with all remaining factions or rebuilding the powerful magical artefact known as the Forge.

In order to achieve one of these goals players must carefully manage their settlements which involves constructing buildings, creating units and claiming the necessary resources. While fighting makes up the other side of gameplay and involves a tactical style grid that most gamers will be familiar with (this can be skipped entirely by allowing battles to auto resolve). 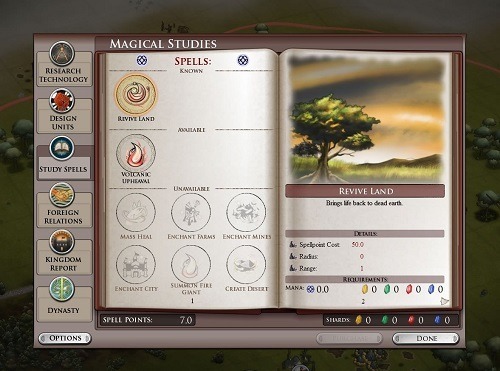 At the head of your settlement is your sovereign who is one of the last remaining people in the game world capable of wielding magic. There are plenty of options available to customise your sovereign’s stats, spells and even professions which all change the way that you’ll approach the gameplay.

The level of depth waiting for you in Elemental: War of Magic makes it a great pick for 4X fans, especially if you want something that steps into the realm of fantasy.

Games Finder is a Steam Curator and featured in the aggregate review scores data of MobyGames and Neoseeker.
FEATURED ON
Games Like Civilization, Games Like Europa Universalis, Games Like Heroes of Might and Magic, Games Like Total War
LEAVE A REPLY Cancel Reply