ELEX brings the popular action role playing genre into a science fiction setting. Opting for a touch of post apocalyptic themes alongside a dark and complex world ELEX is a mixture of game elements into one. It comes from Piranha Bytes who are well known for their Gothic franchise and the ability to create unique and hardcore RPG environments that will suck you in and not let go until hundreds of hours later. As long time fans of Piranha Bytes though would well know it’s not without the usual array of issues such as combat which have to be overlooked in order to fully immerse yourself. 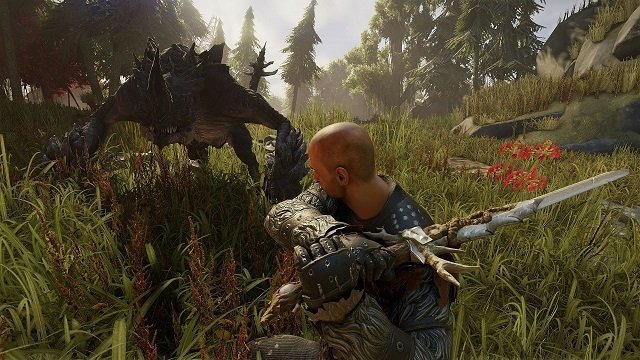 Set on the planet of Magalan which has been devastated by a comet impact players find themselves amidst a fight for survival as the survivors are now trapped in an endless struggle to control the fate of the planet. In addition to the deadly initial impact on the planet a powerful resource known as ELEX which arrived with the meteor has caused it’s own chaos. Before this collapse Magalan was a planet with impressive technological advancements and well on it’s way to being a leader across the galaxy.

With the power of ELEX machines can be powered, magical powers used and even the re-sculpting of life into new forms. With the abilities it can bestow ELEX is central to the conflict that now engulfs the planet surface. Naturally the survivors have created their own factions with their own belief systems and objectives around the mysterious substance.

Players themselves are former members of Albs a faction that uses ELEX to remove their emotions and rely on logic no matter how cold. After feeling emotions for the first time during ELEX withdrawals players are cast out and must hide this past from the other factions they meet who they have previously engaged in war with. The story is nothing short of what one would expect from the developer with a range of twists and turns along the way that builds on the unique and interesting opening storyline. 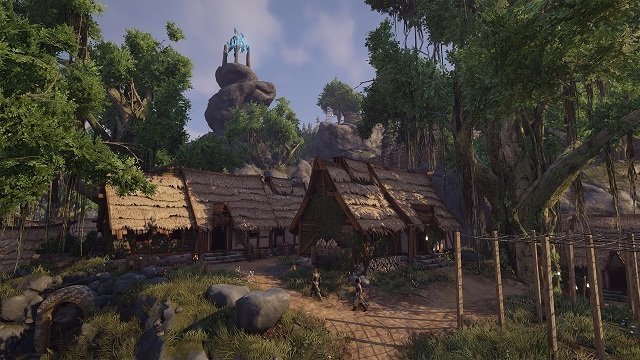 Eventually players will be able to join one of the factions they encounter to recreate their life a new. Each of the three available factions have a different opinion on ELEX as their primary differential from the Bersekers who cast aside the modern technology of Magalan and instead use the power of ELEX to create potent magic to the Outlaws who act like mercenaries without a leader who engage extremely deadly weapons and use ELEX as a drug to boost their own strength. In the middle of these two is the Clerics who are highly devoted to their own warped religion that bans the use of ELEX but happily use it fuel some of the most powerful war machines of the game. Your choice of faction will of course impact your story and the available game mechanics.

The general gameplay loop of ELEX is similar to that of large scale action role playing games (such as the Gothic franchise) with exploration pairing with quests and a growing character level of power. Similar to the developers past creations these RPG mechanics are more hardcore than the modern RPG variants, appealing to those that want something extremely in depth.

Your weapons mainly consist of swords and firearms with even magic coming into play in the later portions of the game, particularly for those that follow the Beserkers pathways. Utilising these against the various mutated creatures and the other factions makes up a big part of the game although combat never reaches the enjoyable heights of other triple A titles. 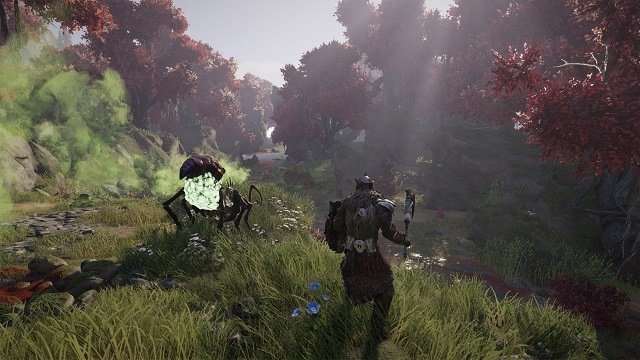 While combat can feel a little shallow the game world is generally of higher quality with massive sprawling cities to explore and unique characters to meet, despite the average voice acting on the majority of them. The sheer ambition that has been poured into ELEX is nothing sort of spectacular with a world that few RPGs come close to creating.

Overall the game experience of ELEX is similar to the destiny of the other games produced by Piranha Bytes landing in the average but never great category. It’s ideal for the hardcore RPG gamer that doesn’t mind looking past an average combat system and trading that for a fantastic world and hardcore RPG elements.