Empire Earth II builds on the popular original and delivers a strong real time strategy experience with plenty of new additions to the epoch based experience that sees you control units from the stone age to the synthetic age. Empire Earth II development was handled by Mad Doc Software who created the expansion pack for the original Empire Earth game so players are in safe hands for this expansion of the series. 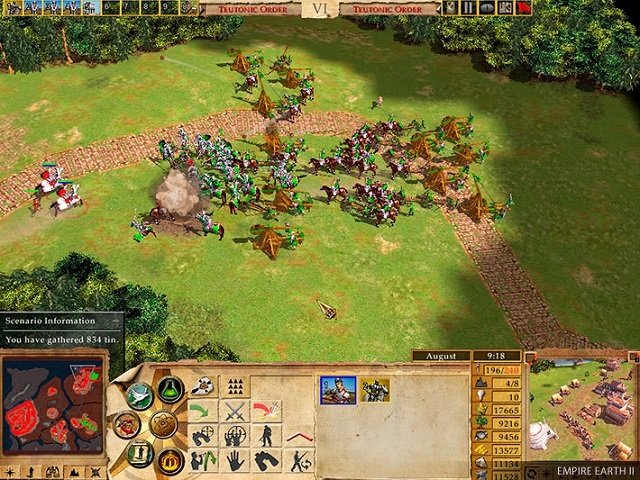 In Empire Earth II players can complete one of three available campaigns which focus on America, Korea and Germany to give you options across the globe. In addition to the core campaign mode players also have access to the skirmish game mode where you can set as many game options as you want before taking on an AI opponent (or another player) to test your strategy mechanics.

For those familiar with the epoch progression of the original you’ll find Empire Earth II offers a similar advancement structure. Like the comparable Age of Empires series each of these new epochs grants new technology, units and in turn strategies. With a total of 15 epochs though it’s much more rich and diverse than other strategy games that involve only a few tiers of technology to unlock. The breadth is also of a significant larger scale with epochs that span stone, iron, imperial, modern, digital, genetic and finally synthetic with many others in between. 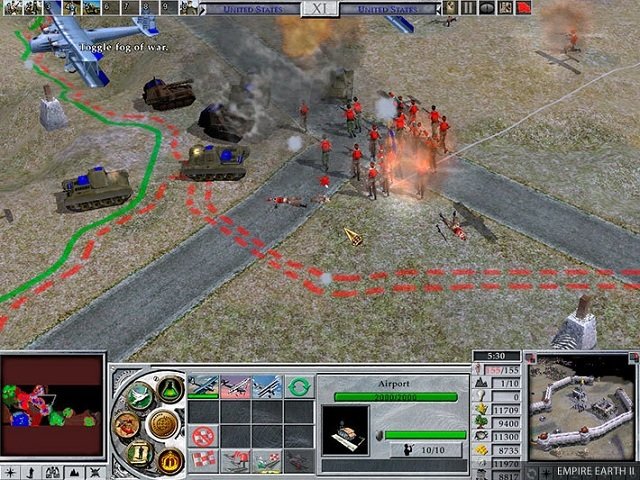 To add another layer of depth and management your resource needs will change with epochs in some cases, for example iron is only used between the 4th and 9th epoch and outside of that has no technological use. Core resources (food, wood, gold and stone) remain constant throughout all the epochs in the game though and provide that base that you can constantly invest in.

For the remaining portion of Empire Earth II gameplay is the same experience that strategy fans fell in love with during the original Empire Earth although a number of new features are present that help streamline in certain areas. These streamlining features include additional game windows to manage activities, default settings for citizens and a war planner section that allows you to communicate attacks with your allies. 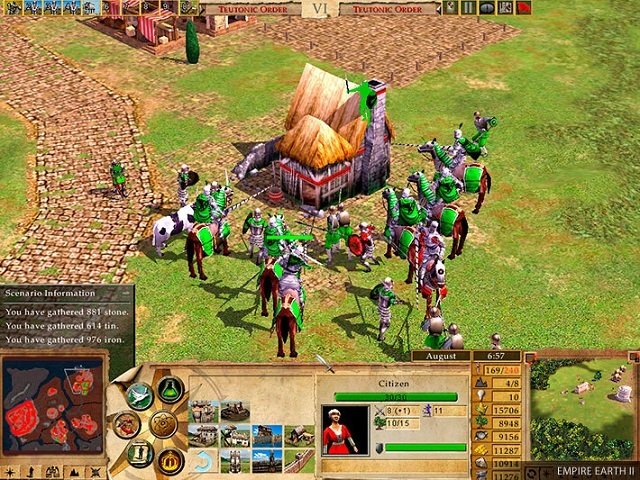 The result is less micromanagement overall along with more strategic options throughout both campaign and skirmish modes and matches well with strong improvements in other areas. These improvements include the crown system that grants powerful strategic advantages to players who are first to master a particular technology tree (economic, military or imperial) in a particular epoch (age).

Empire Earth II also now features a weather system which is something rarely seen in the real time strategy genre and adds an additional layer to world realism. This weather system is more than just visual though with some strategic implications as it can change the landscape of the game world and impact performance of units, even damaging them.