Empire Earth (EE) offers delivers a real time strategy experience and is the first game in the expansive franchise released in 2001. Followed up with a 2002 expansion pack (Art of Conquest) Empire Earth has also subsequently expanded to a number of sequels with similar core gameplay. Like the popular Age of Empires II franchise of the day players start from a basic age of technology and advance through to a nano age with time (or the space age with the expansion).

Empire Earth allows players to tackle this gameplay loop through a number of campaigns that also serve as a learning tool. Pairing each of these campaigns with a story and some elements of history Empire Earth goes beyond merely a solely objective based strategy challenge. 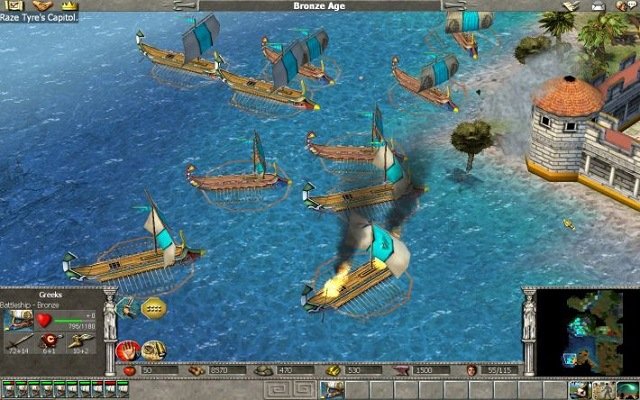 Beyond the learning campaign which covers the rise of Phoenicia and the Byzantine Empire you’ll find a Greek, English, German and Russian civilisations at your command that are expanded with new expansion campaigns as well. While each is set in a different timeframe and location you’ll find similar gameplay across the campaigns although the strategies and your available units will need to adjust to your situation.

One element in particular that you’ll need to pay attention is the 20+ civilisations that span all of human history and bring their own bonuses, unique unit and in turn playstyle to utilise. To add an additional element of realism each of these civilisations also has a distinct period of time where they are at their peak of power. 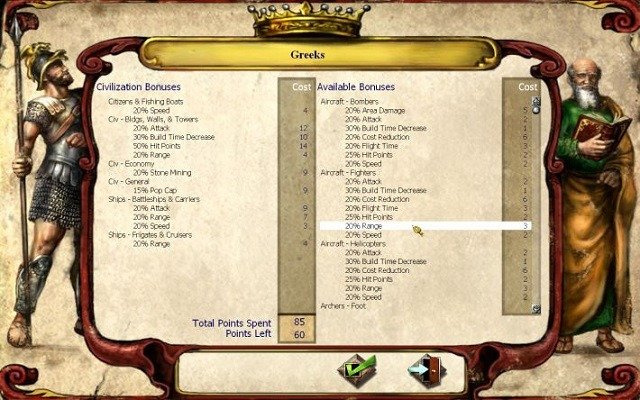 Ancient Greece and Babylon for example are powerful early game civilisations reflected of their world dominance during this period of human history. In contrast the powers of United States and Russia start to dominate as players approach the modern age. The United States is also a deadly civilisation with a number of bonuses to attack, range, hit points and cost reduction to its military units.

These ages known as epochs in Empire Earth gives players a growing pool of technology and units to utilise for their objective and requires you to acquire the necessary resources and prerequisite buildings before being able to advance. Epochs in order are the prehistoric age, stone age, copper age, bronze age, dark age, middle age, renaissance age, imperial age, industrial age, world war I, world war II, modern, digital, nano and space (expansion only). Empire Earth keeps each of these ages as historically accurate as possible which means the early ages are defined by a lack of technology and organised military while the later ages push modern and futuristic themes with a wealth of technology, weapons of war and robotic units known as cybers. 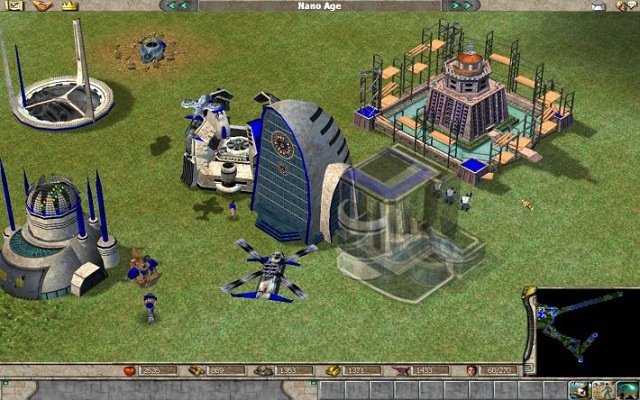 Regardless of current epoch the core gameplay is fairly similar in Empire Earth with players looking to control the map with their military force. Utilising your acquire resources of food, wood, gold, stone and iron you’ll invest them into various buildings that provide various technologies or unlock specific unit creation. Beyond this familiar strategy foundation Empire Earth also includes a detailed morale system that will impact the statistics of your troops and is boosted by nearby friendly buildings and heroes. These heroes are broadly split into strategist and warrior archetypes which are trained from your initial Capitol building once players reach the copper age and tie into your choice of civilisation.