Empire TV Tycoon is all about guiding your own television channel to become the most viewed in the world of broadcasting. Step into the shoes of TV manager as you acquire your audience, choose advertisers, select your staff and even find appropriate actors to develop your own TV content. When it all comes together it’s a familiar blend of tycoon and management that you’ve seen before but in an entirely fresh real world inspired setting. 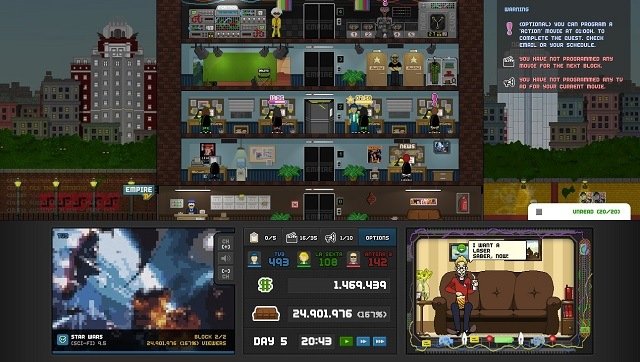 Joining the station formally known as Empire TV in the midst of bankruptcy you’ll be thrown a struggling TV channel with the objective to turn it around, to save the company and your own job. Competing against the other channels on the air your decisions and direction play a key role in success and are centred around determining the appropriate content for your audience. On the one hand players must consider the likes and dislikes of their current audience but also find ways to attract new audiences for constant growth. This means that you can’t just select your own personal favourites with careful selection comes more fame, audience and cash for expansion. 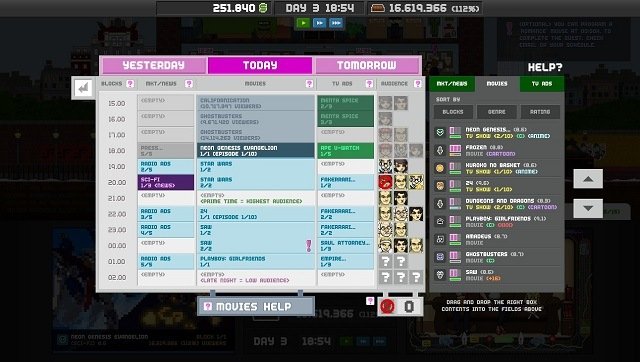 While players can opt to purchase shows to screen to their audience (both legal and illegal which has its own broader consequences) you can also choose to take up the director chair instead to produce your own. With multiple options that can all lead to channel success the strategy choices of Empire TV Tycoon are more than adequate while also making your decisions feel realistic. This array of content also includes both television shows and movies which have a wealth of genres that require careful decisions if you’re going to come out in the green.

Although the majority of success falls squarely on your star actor who not only needs the necessary skills but needs to be micromanaged by yourself, just like any real life actor who believes the world revolves around them. In addition to these highly paid staff you’ll also have to fill up your television station with employees to do the more tedious tasks and keep the operations flowing. 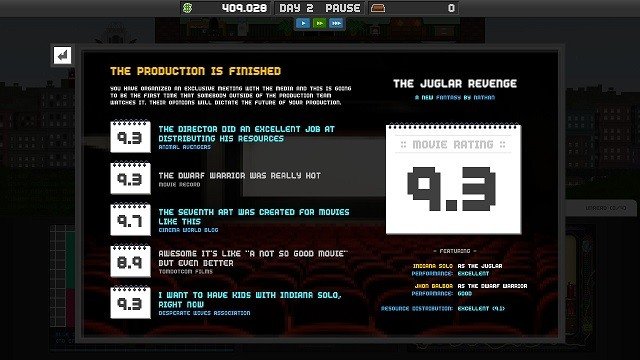 Overall Empire TV Tycoon is an in depth tycoon experience and ideal for anyone that enjoys business management games and has a flare for media creation or optimisation.

This review was first published on September 27, 2014. Read our update policy to learn more.