Empire (Empire: Four Kingdoms for iOS and Android) throws you right into the heart of battle as your build the ultimate fortress, grow a powerful army, capture enemy outposts and create a thriving economy. At the heart of Empire is an MMORTS experience, a genre that is saturated with similar medieval themed titles. However, Empire offers a few unique perspectives on the genre (some good and some bad) to try offer something different in the market which has ensured the game is consistently ranked high on the applicable app stores. 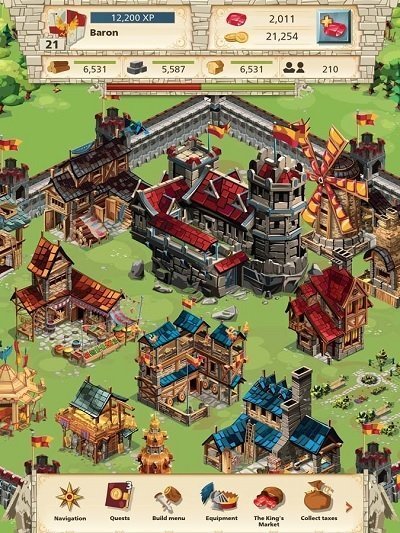 The game packs all the features that most gamers would expect from this familiar MMORTS genre with a wealth of upgrade paths to work towards for greater empire efficiency, diplomacy options, alliances, troop equipment, PvE gameplay, events and more. Empire also takes this a step further with higher quality standards than most which show through in the high production values that beat out most of its competition.

After loading up the game on your chosen device (or browser) players are introduced to the starter mechanics via the in game tutorial which condenses them neatly into a dozen or so minutes before giving you full control over your empire. While general guidance is provided after this point Empire is not afraid to give players control earlier than most similar games. 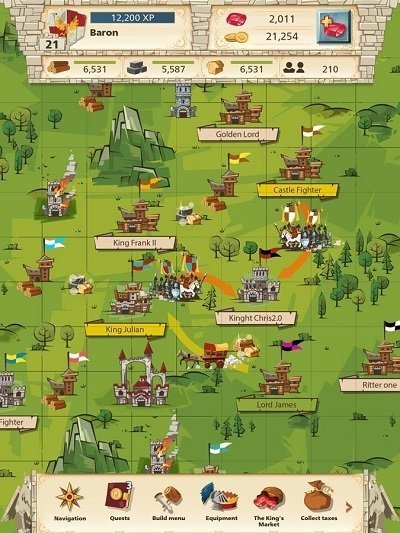 This tutorial includes the basics of managing your castle empire from constructing buildings to collecting taxes, managing your defences and attacking. While most of these mechanics are replicated from other MMORTS games attacking and defending takes an interesting turn in Empire and adds a welcome layer of strategy options.

When attacking players will be able to split their forces up into separate groups of units and use them to attack separate components of your enemies fortress to overcome their defences. With a good number of troop types  to recruit and additional tools to equip them with you have a vast array of control over the strategy of your offensive movements that might just tip the favour of the battle through player input. These attacks happened against the large number of computer controlled outposts and castles or against other players directly with both offering attractive resource based rewards for further progression. 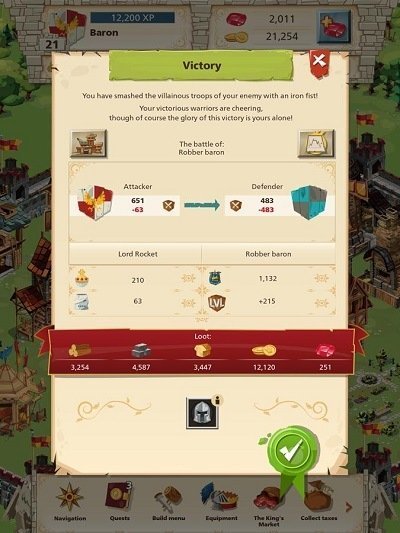 Similarly on the defensive side this mechanic is reversed where you can assign defensive resources to particular castle sections to make them better fortified against attacks and intended to create interesting decisions of trying to guess opponent attack patterns and stacking defences in that area. In practice though because of the lost resources for failing to guess correctly a balanced strategy or a strategy of providing ample defences to 2 of the 3 castle sections is generally more advisable.

Another unique element of the game is managing your castle’s order which acts as a morale inspired metric. As your population grows it will decrease and reduce the effectiveness of troop creation leaving you more vulnerable to attack or limit your own raiding efficiency. However, by building decorative objects you can bring this back to balance and even receive a boost to unit production if managed excellently. It’s a unique idea that helps make decorations useful in the overall game as most players generally don’t bother with them due to them having a resource cost for no benefit in other games.