Empires and Allies takes the name of one Zynga’s cancelled games and gives it a rebirth as a modern day Clash of Clans inspired mobile game. Using current day weapons and tactics you’ll build the ultimate base, raid other players and advance up the ranks. 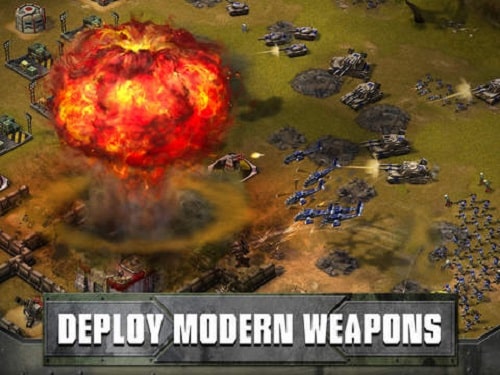 Starting out players will be meet with a basic tutorial that covers all the basics of attacking as the assault a base of the Global Revolutionary Army. During this attack players will lay down troops, tanks and aircraft while also supporting this attack with bombing runs. This is one of the unique elements of Empires and Allies which continuously expands as you progress, allowing you to mix on the ground units with various support abilities.

Once you’ve finished your attack players will begin building their base while also fending off a counter attack. From here the game quickly puts control into the players hands and lets you begin your journey through the single player campaign (which takes place across the globe) and multiplayer ranks.

Just like other games in this niche you’ll have to balance defences, resource generation and units for raids with new options unlocking at every level or two to ensure you always feel like you’re making progress. 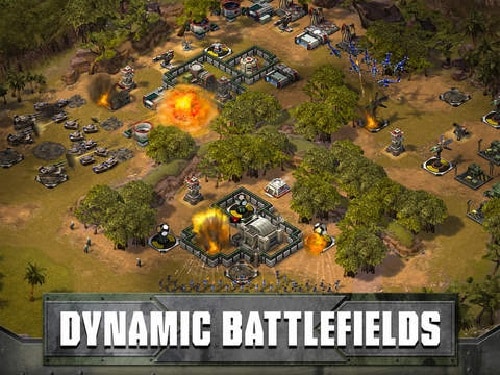 Unit variety is also quite impressive with a dozen units that each bring their own strategies. The defensive options are also some of the most varied with an array of defensive weaponry to protect your resources.

Empires and Allies also offers the usual collection of features from alliances to the ability to easily reconfigure your base to give you the freedom to test out new defensive designs.

This review was first published on June 12, 2014. Read our update policy to learn more.

Games Finder is a Steam Curator and featured in the aggregate review scores data of MobyGames and Neoseeker.
FEATURED ON
Games Like Boom Beach, Games Like Clash of Clans, Games Like Command and Conquer
LEAVE A REPLY Cancel Reply