Enchanted Arms is one of the few console games to offer Pokemon like features and it does so with a traditional JRPG core. The result is a RPG adventure that has elements of monster collection and training to help you conquer the game world that Enchanted Arms throws you into. If you’re primarily a console gamer (PS3, Xbox 360 and Xbox One) seeking your next JRPG but want a touch of Pokemon vibe you’ll find it within. 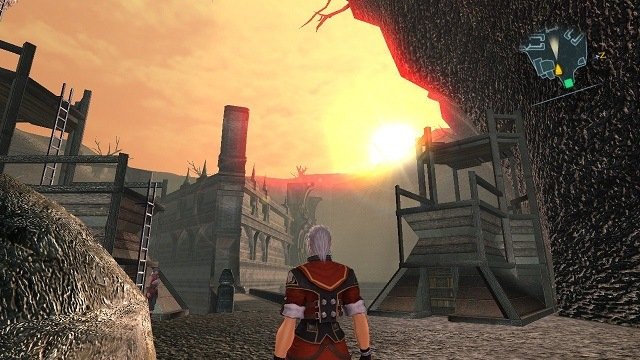 With these JRPG foundations players can also expect an experience that has many similarities to Final Fantasy due to the usual array of role playing elements seen in other Japanese role playing titles of which Enchanted Arms was one of the first on the Xbox 360 console. This means Enchanted Arms offers turn based battles, a dramatic plot, random encounters, dungeons and other familiar staples of the genre.

One of these familiar stables is the storyline opening with Enchanted Arms giving players control of a young male who has lost his memory of the past with the adventure before him unlocking the secrets of his past and saving a world that finds itself in dark times. Referred to as Atsuma who is a student of enchanting allowing him to perform basic human magic. It is foretold however that many thousands of years ago humans were capable of welding a much stronger magical force that allowed the summoning of massive golem beasts. 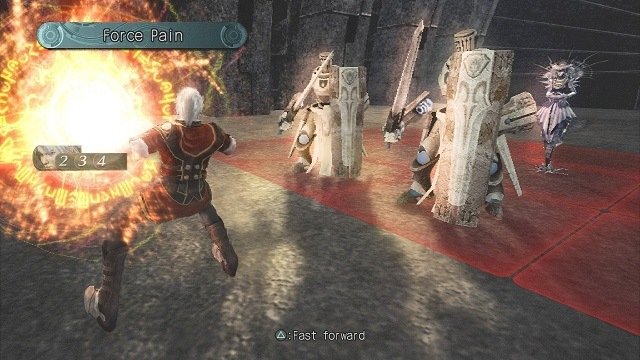 Luckily for Atsuma he has been able to awaken this long lost power giving him the ability to control golems for the tactical turn based battles ahead. Alongside your golems which come with their own abilities and strength you’ll increase Atsuma’s power level to conquer the fantasy world one battle and location at a time.

Atsuma quickly realises that the fate of the world lies in his hands thanks to his hidden power to control the power of the golems. This power is the key to your battle tactics as players increase their character power while also collecting golems with varying strength and abilities to use in battle. While you start with one of three basic golems your adventure allows players to unlock more by gathering materials to construct golems from battles or the various game traders with rarer materials allowing for improved speed, strength and intelligence. Eventually players can have to eight golems and three human party members in reserve encouraging some swapping between your party for the specific battle at hand. 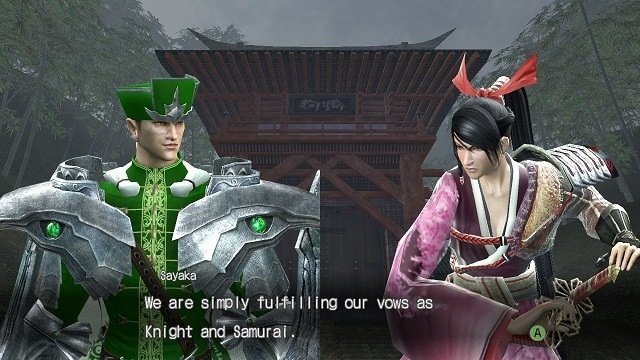 This strategy can be important as golems come with their own elements, abilities and in turn strengths on the combat grid. This grid is split into two that are separated from each other with one for your units and the other for your current foe. Movement along these separated grids is surprisingly is key in Enchanted Arms as different spells have different ranges and patterns of attacks which require you to move your controllable human characters and golems to make their attacks as effective as possible. Given the different enemies and potential combinations along the grind this keeps you from simply repeating the same battle process over and over which does help the longevity of the combat.

Games Finder is a Steam Curator and featured in the aggregate review scores data of MobyGames and Neoseeker.
FEATURED ON
Games Like Final Fantasy, Games Like Ni no Kuni, Games Like Pokemon
LEAVE A REPLY Cancel Reply