Revisiting the wide darkness of space yet again with a turn based strategy game is Endless Space 2 that offers the same science fiction setting of the original while expanding on the universe and strategy options. Released in 2017 for Windows and Mac it’s been five years since the first Endless Space 4X strategy title with the sequel seeking to offer similar addicting one more turn gameplay and self describes itself as a “strategic space opera”. 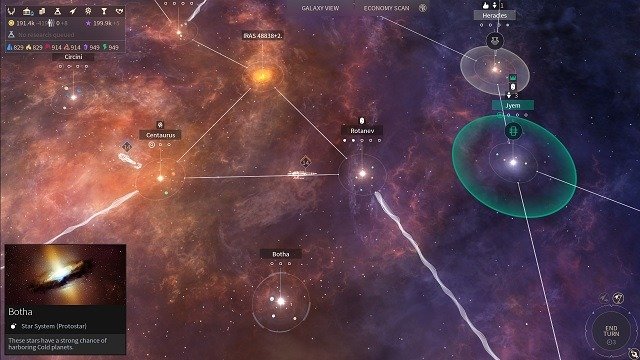 Endless Space 2 takes place in a universe of strange and wonderful mysteries that was first colonised by a race of beings with untold power known only as the Endless. Masters of science and technology the downfall of the Endless race was their invention of virtualisation that allowed them to upload themselves into the virtual world which split their society in two and lead to the infamous Dust Wars. With their civilization now fallen into ruin only the powerful artefacts of their world and the substance of Dust remains with tens of thousands of years past since their undoing.

During the setup of your skirmish game players can select from several galaxy options which can alter how this strategic adventure plays out. From the standard spiral galaxies with customisable numbers of arms to ring shaped galaxies and the entirely random you’ll find a diverse roster to assist replay value. Further options include galaxy size, age and constellations which impacts on star systems, nodes and planet numbers and further refined by your density option. 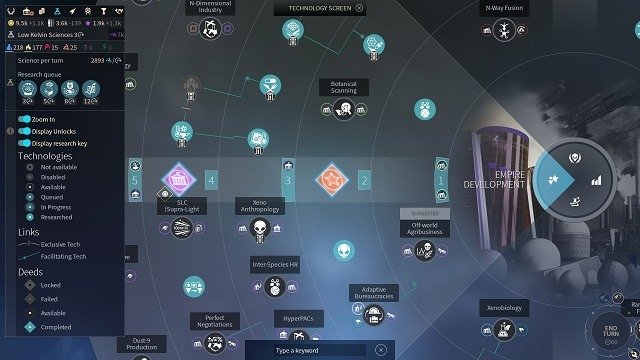 In the current era of Endless Space 2 you’ll have 8 core civilisations within this galaxy and further expanding with the additional game content to a total of 12. Each of course has their own ideal strategy, history and distinct visual design with the Sophons, Cravers, Lumeris, Vodyani, United Empire, Horatio, Riftborn, Unfallen, Vaulters, Hissho, Umbral Choir and Nakalim available. On the one hand players will find the Sophons who are a peaceful alien civilisation that resemble common science fiction designs and specialise in understanding of the universe that results in their strategy being enhanced when they are the first to research technology in the galaxy. On the other hand you’ll find the Cravers who operate under hive live control with their blended machine and insect bodies who are masters of aggression and exploiting planets or populations for boosts to their productivity. With the diverse roster of races players have a wealth of strategy to explore and employ across hundreds of hours.

Players are encouraged to explore the massive galaxy one star system at a time while discovering the mysteries of the randomised galaxies. Along the way you’ll focus on establishing colonies on these worlds, creating trade routes and improving technology as new alien life forms make themselves known for friendship or war. Within each star system you’ll also encounter strange anomalies, different environments and planetary resources that can excel your development rapidly. Planets are the workhorse of your galactic nation in Endless Space 2 and depending on their specific climate and environment statistics will generate food, production and other resources and further enhanced through a planet specific buff that are increased through construction or research. Moving between these planets can only be done through the established node network that is generated at the start of of the game although some special technologies can bypass this pathway.

This research also plays a pivotal role across the respective research trees of trade, empire, military and science that come with unlockable tiers of increasingly powerful boosts. The most important piece of technology though is the ships you’ll design and pilot across the stars for trade or military purposes and work alongside group troop deployments.