Offering large scale squad based combat in the multiplayer online shooter genre Enlisted is a console and Windows title that pairs infantry, aircraft and vehicles into a single battlefield. With similarities to the likes of the Battlefield franchise players who like to experience largescale realistic World War II combat will find familiar squad mechanics and teamwork within this free to play shooter with MMO progression built on top. 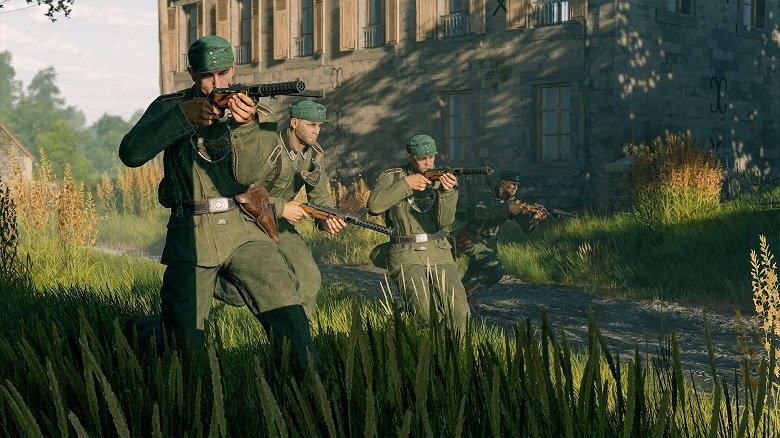 The primary unique premise of Enlisted though is the ability to control a squad of soldiers rather than an individual with AI squad mates fighting against other player squads. Born from a 2016 crowdfunding campaign Enlisted launched its beta access in early 2021 with a progress path to build out additional content to a full release. With players able to control one person in their squad and switch to others as necessary you’ll no longer have to look around for the anti-tank specialist on your team as you’ll be able to bring one along in your own squad.

In offering this experience Enlisted has a focus on realistic gameplay based on the World War II era. This means players can expect realistic locations and weapons while mechanically you’ll find quick time to kills and little forgiveness on the battlefront. These locations are captured in different campaigns with 4 intended in the short term (2 at beta launch) being the Battle for Moscow, Invasion of Normandy, Battle of Tunisia and Battle of Berlin allowing players to command Soviet, British, American and German forces through varied environments. The carefully crafted battlefields are geographically accurate and combine with troop uniforms, landmarks and frontline design to capture historically accurate battlefields. 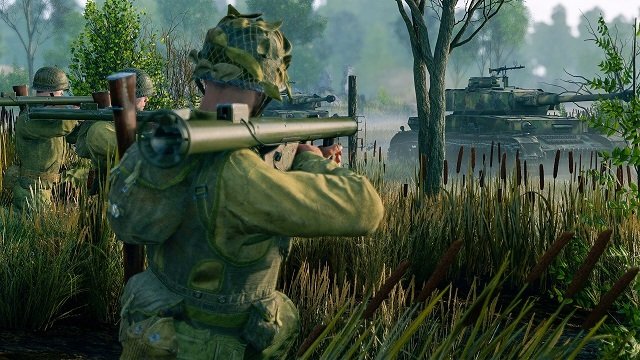 The heart of your Enlisted experience is your squad though that grows through MMO progression allowing you to increase your squad size, improve abilities and weapons along with various other tweaks. While this MMO progression is there content to date along with the short time to kill means that this progression rarely translates into significant benefit in player vs player fights and rather caters towards your player preferences. However, it is worth highlighting that increased squad size is an upgrade that provides a macro level advantage. Otherwise every single element of Enlisted gains experience separately so focusing on a particular role or weapon is the ideal path of progression.

In total Enlisted offers 12 specialists that ensure you can deal with most situations at hand. These twelve include the trooper, mortarman, sniper, bomber, assaulter, engineer, gunner, radio operator, flame trooper, shotgunner, pilot and tanker. These offer typical archetypes roles of most squad based shooters with players able to mix and match the specialisations as necessary for their intended tactics. Troopers are generally the heart of any squad and then built upon with specialist units to create a force for your strategy. This may include adding in gunners and assaulters to hit an enemy position head on to the strategic use of snipers, bombers and mortarman to support your team. Soldiers also have their own visuals and level up separately to help build your connection towards your battle hardened fighters as they acquire new gear and perks (such as faster movement over obstacles, stance changes or better tank repair). 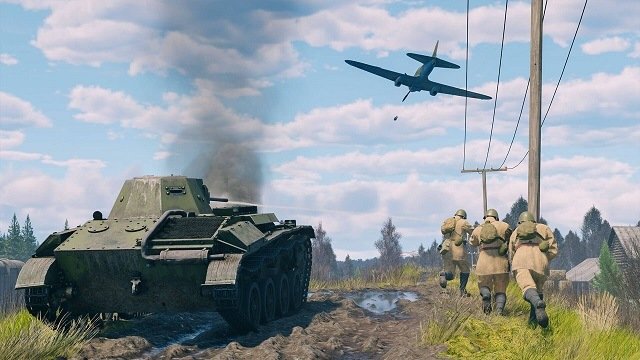 This squad mechanic when used on maps also makes for an interesting FPS experience with players having to kill all the members of a squad to kill a player completely and also means that the majority of kills you have will be on AI players that are generally easier compared to players. This blend of PvPvE means you’ll generally be able to acquire several kills per squad life and helps build out the player count on maps that help it capture the largescale of World War II battles.

This review was first published on April 17, 2021. Read our update policy to learn more.

Games Finder is a Steam Curator and featured in the aggregate review scores data of MobyGames and Neoseeker.
FEATURED ON
Games Like Battlefield, Games Like PlanetSide 2, Games Like War Thunder, Games Like World of Tanks
4 COMMENTS
LEAVE A REPLY Cancel Reply