Exploring a unique story of a fish and a bird that are in love Entwined joins the growing list of video game titles that combine art and gaming through simplistic but powerful game design to create an experience more about the adventure and superb presentation than actual gameplay. Supported by fantastic visual style and vibrant soundtrack pieces Entwined is a relaxing game designed for players to sit back and absorb the experience in a Zen like state. 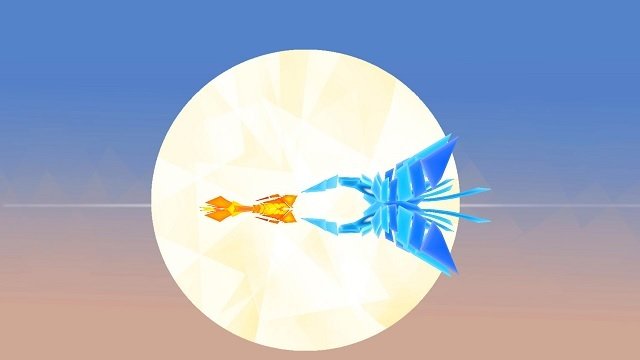 Following the souls of said fish and bird the game opens with the line “Always together, forever apart” setting the stage for the challenge that this loving couple deal with every single day and thus serve as a recurring theme in their journey. From this opening players are than handed control of both of these character souls and through a number of game levels attempt to unite them as one. To enhance this atmosphere you’ll find the abstract visual representations of each of their souls and the music build up being powerful features of the game while ultimately transforming them both into a magnificent Dragon.

The controls to achieve this are fairly straight forward with each being controlled with one your PlayStation device controller’s sticks, this allows you to enjoy the experience and the gorgeous game design without too much trouble as control is essentially reduced to the bare essentials and doesn’t require you to take your thumbs away from movement for other actions. 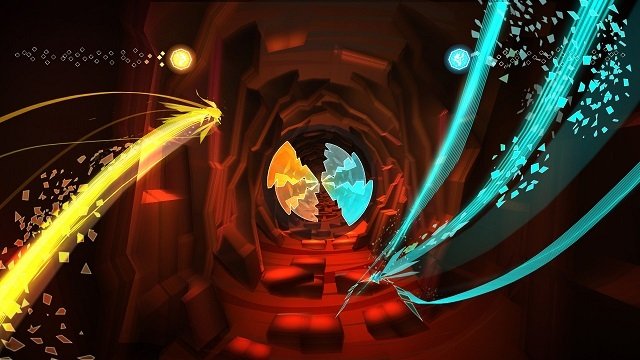 Split into 9 game chapters Entwined is a level based game where you command your fish and bird soul (represented in blue and orange) through a tube like path. With each animal soul occupying half of this tube it’s players are challenged to collect all of the coloured orbs or panels on the level with some green ones requiring players to collect them simultaneously. While during the early levels these are mirrored making your control straight forward as you progress you’ll find that they have different sequences requiring independent movement patterns between the two.

Within this path are collectibles and panels which players must hit to build up their meter and advance through the level. While at the start these panels are mirrored as the game progresses you’ll find that both souls often have a completely different sequence. While evolution of the difficultly is definitely present it sometimes feels at ends with the objective of Entwined given the difficultly is sometimes to the point of frustration as failure can see you stuck in a repetitive cycle of building up your meter before losing it over and over again. 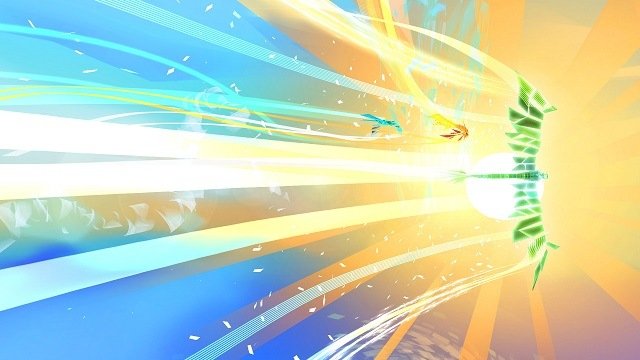 Even taking this into account you’ll likely be able to complete these core 9 chapters of Entwined in around an hour or two with further content limited to a collection of challenges that push your soul guiding abilities to their limits and only allow a fixed number of misses. Again though these challenges are at odds with the design philosophy of Entwined so likely won’t appeal to everyone meaning you’ll be artificially limiting your content to dollar ratio.

Games Finder is a Steam Curator and featured in the aggregate review scores data of MobyGames and Neoseeker.
FEATURED ON
Games Like Journey
LEAVE A REPLY Cancel Reply