Enter into duels, customise your equipment and chat with other players in the MMO realm of Epic Duel which is just one of the many addicting role playing games to be developed by Artix Entertainment. Originally a browser based game but transitioned to the Artix Launcher (Windows, Mac and Linux) with the retirement of Adobe Flash Player Epic Duel is focused on a futuristic setting that features plenty of combat.

This futuristic game is set on the surface of Delta V, a planet that attracted many due to the seismic scans suggesting there would be valuable minerals underneath the surface. The resulting discovery of Varium, a rare valuable metal though kicked off futuristic gold rush to the planet with war soon following after the Baelius the project founder goes mad on power. With multiple cities, outposts and environmental landmarks filled with NPCs, factions and missions to explore you’ll discover plenty of lore about the Delta V planet. 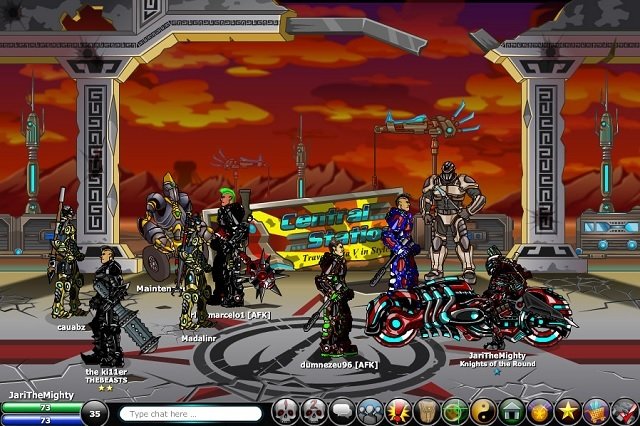 Players join this MMO universe as one of three different classes which further progress into an evolved class form. From the hard hitting melee mercenary to the skilful bounty hunter and magical tech mage there is a class for all tastes that each has their own skill tree and weapon speciality (club, wrist blade and staff). Each of these classes plays as one would expect as they follow your typical MMO archetypes of warrior, rogue and mage.

With your class selected players will turn their attention to the duel based combat that players of other Artix games will be familiar with and align themselves to either Exile or Legion alignments. Combat is a turn based affair similar to the other games developed by Artix Entertainment with players having to select their next move from the attacks, items and skills. 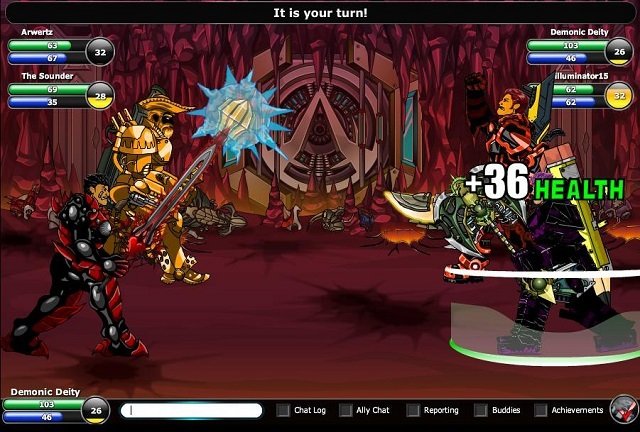 It is a simple combat scheme on the surface but choosing the right option during battle is still important in your combat victory. A greater element of your success though in the mid to late game is likely to come from the optimisation for PvE and PvP effectiveness as you balance your block, deflection, critical strike, rage, stun, first strike and ignore defence with items and skill upgrades.

The main focus of Epic Duel is definitely tilted towards PvP with the battle types reflecting this although they do fall back to PvE when no opponent in the appropriate level range can be found. These potential battles include solo 1v1 fights, 2v2 team battles, juggernauts (1v2) and NPC battles with victory rewarding game currency directly or as part of a mission requirement (of which there are 100s). 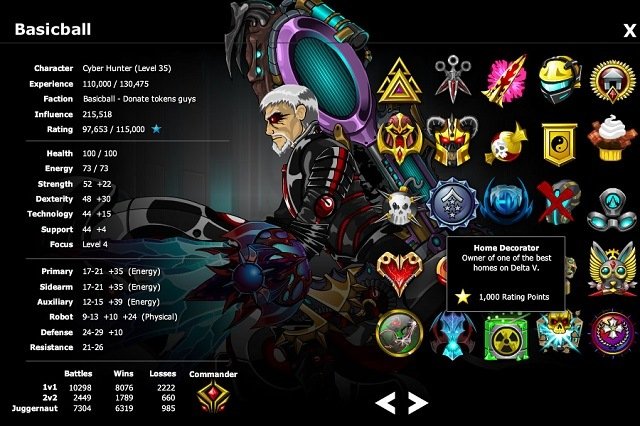 With this building of currency and experience you’ll reinvest it back into your character skills, armour and weapons to tackle the next objective of ever increasing difficulty. Players can also spend their funds on robots or a home at one of the Delta V locations which you can decorate. These non combat features though are mere sideshows to the main PvP content that you’ll be creating an Epic Duel account for and have access to from nearly every single game screen.

Despite Epic Duels basic 2D browser game origins the Artix collection of games have always commanded a consistent user base and Epic Duel is no exception. With its surprising amount of depth under the surface in optimising your character it is worth a trial especially if you consider yourself a fan of PvP.

This review was first published on January 9, 2014. Read our update policy to learn more.