Epic Mickey is a platform adventure for the Nintendo Wii that centres on the popular Disney character of Mickey Mouse as he attempts to fix the damaged game world with his magical paintbrush. Eventually leading to a sequel the experience emphasises the usage of paint and paint thinner to directly alter the game world around you which features levels inspired by the range of animations and characters in the Walt Disney universe. 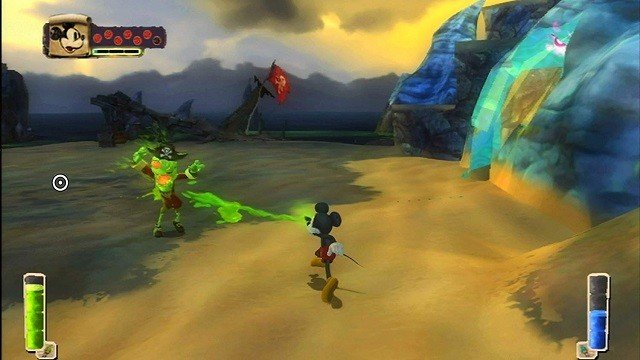 While still holding an E for everyone game rating players will find that this is a darker Micky Mouse adventure when compared to other Disney games in their video game line-up. Epic Mickey takes place in the Cartoon Wasteland, a dark stylised world put together by the sorcerer Yen Sid for the forgotten characters of the Disney universe. The locations in the game world feature mostly abandoned theme parks where the forgotten characters spend their time and with the wealth of Walt Disney history you’ll find dozens of familiar faces if you’re a die hard fan.

Epic Mickey starts with Micky entering the workshop of Yen Sid and accidentally creating the Shadow Blot (a long time enemy of Mickey Mouse), despite his best attempts the shadow escapes into the forgotten cartoon universe and begins to expand, taking over the world completely. The game then flashes nearly a decade as Mickey is dragged into the now over run universe by Shadow Blot in order to get rid of Mickey and take his heart. After surviving the initial encounter he takes it upon himself to fix the mistake he made a decade ago. 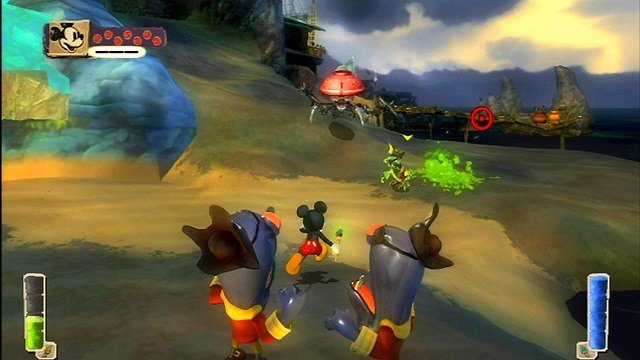 Gameplay in Epic Mickey revolves around the use of the magic paint brush that Mickey has and by using this tool he can create and erase objects in the world which serves as the fundamental puzzle and platform mechanic throughout. For the most part both of these are easy to engage with although the odd clumsy control problems do creep in at times due to the camera controls in particular segments and at times compounded by the foreign Wii hardware due to the few platforming games on the platform.

The game also uses a morality system allowing players to play Mickey as a helpful saviour or as a character focused solely on getting out of the Wasteland and has some minor impact to the underlying story at the same time. Your resources are limited in Epic Mickey though which encourages some careful consideration when tackling puzzles alongside unlocked power-ups and sketches which alter gameplay to provide some variety to the core adventure. 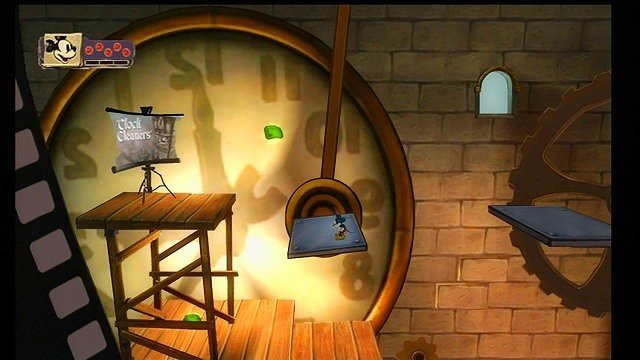 Wrapping up the Epic Mickey adventure with a crisp game soundtrack and impressive visual design it’s an award worthy Disney title that has few faults.

This review was first published on May 3, 2014. Read our update policy to learn more.

Games Finder is a Steam Curator and featured in the aggregate review scores data of MobyGames and Neoseeker.
FEATURED ON
Games Like Mario, Games Like Zelda
LEAVE A REPLY Cancel Reply